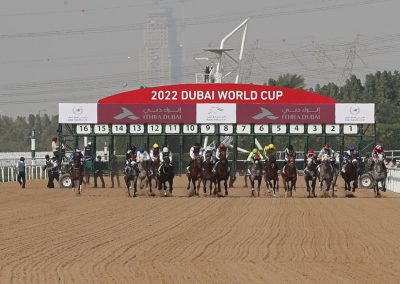 The start of the Kahalya Classic in Dubai. 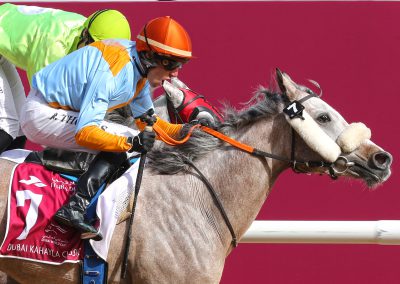 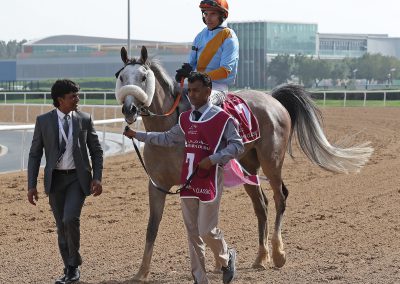 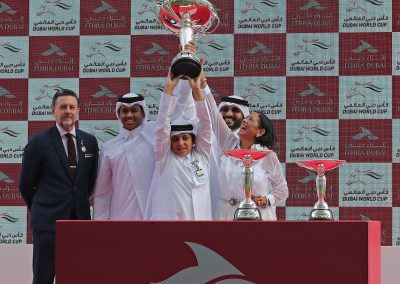 Presentation for the Dubai Kahayla Classic 2022 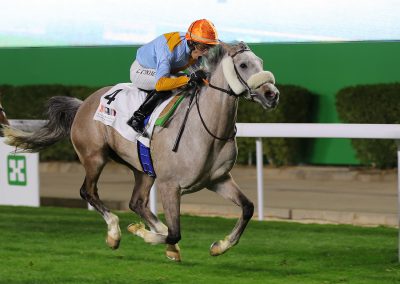 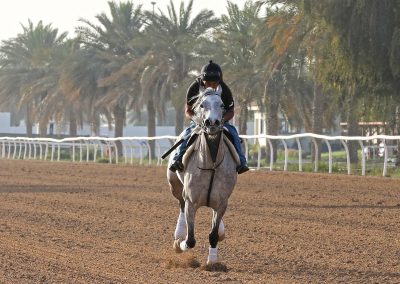 Iridesse (Dahess x Toppoftheclass), full sister of First Classs, is being pointed for the 2022-2023 UAE racing season with high hopes of tackling the dirt classic races. 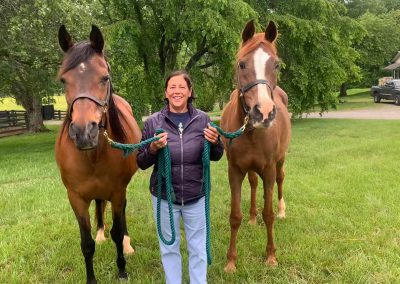 “The love and passion that Deb and Alan have poured into Arabian racehorses has paid off with 40 years of success on racetracks and in endurance.”

“Not only did he win both races, but he did it within a month, on different surfaces and different tracks. It makes me so proud to know that he is that versatile.”

“We’ve had considerable interest in First Classs, but at this time we want to run him in the $1.1 million Qatar Arabian World Cup in Paris this October.”