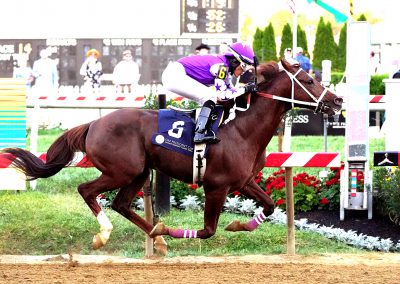 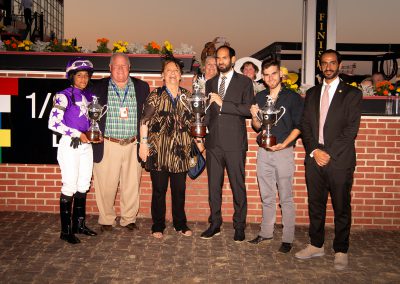 In the winners circle at the 2022 $100,000 UAE President Cup. Breeders and owners Jim and Sue Meyer are second and third from left. 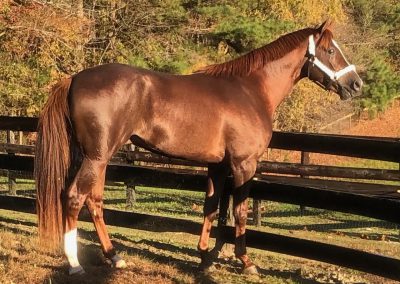 Hiab as a four-year-old, ready to ship to the training track in Fair Hill, Maryland. 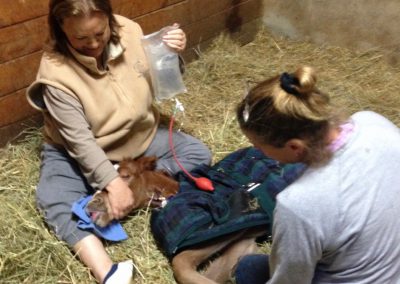 Hiab at two days of age being treated for a severe concussion, with his head in Sue’s lap. 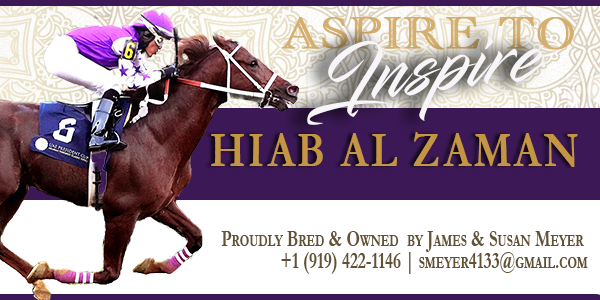 What Color Is Your Horse? Color Genetics: Part 1