The State of the Industry Featuring Glenn Petty Glenn Petty, Executive Vice President of the Arabian Horse Association of the U.S.

This is the first installment of a new series titled, “State of the Industry.” Each month, we will be examining some facet of the horse industry. We will ask tough questions, invite your participation and input, and seek to discover what is working and what is not. The entire horse industry is going through painful changes as we compete with a changing and increasingly urban culture. Our hope is to establish a dialogue and look for innovative programs that are working. In this first installment, we visit with Glenn Petty, Executive Vice President of the Arabian Horse Association of the U.S.

Today’s culture is much different than when we were growing up with horses. It is much more urban, much less rural and the competition for people’s attention and dollars is much greater. That said, the things that worked 20 years ago, or even 10 years ago, in our industry don’t seem to be working any more. What steps is AHA taking to improve the viability of the Arabian horse business? Are there any short term and long term marketing plans? Are you using any outside resources to help you with planning?

I meet fairly regularly with my fellow EVPs from our sister breed associations and discipline organizations. All of us are experiencing the same thing — a decline in participation with horses and in membership. We are doing some things collectively through American Horse Council programs like “A Time to Ride.” But to me, we must have programs promoted locally through either our clubs or professional stables or breeding farms. APAHA is working on some of this to a degree with the “Learn to Ride” program and “Arabian Community Tournament Shows.” I think AHA’s One Day and Value Shows lend themselves to the local community too. Also, we have to keep in mind that surveys tell us that the majority of our membership started with another breed, so it isn’t just people new to horses we should be catering to.

Our Marketing Department and MDP Committee are working to create new marketing materials but availability of funding is always a factor. As part of the merger agreement AHA pays the Purebred Arabian Trust about $350,000 annually in royalty money based upon the registration of purebred Arabians, and a portion of those royalty funds were to be used to insure that there was breed promotion money available. However, in the last several years, promotion money has not circled back through MDP to promote the purebred Arabian horse. A new group has created a new 501c3 charity to help with funding for promotion so we are looking forward to new and exciting things from that group.

In relation to the previous question, back in the day, the Regional Championships were large and competitive shows and were a springboard to Nationals. In the current atmosphere, is having 18 Regions still relevant in today’s industry? Decreasing the number of Regions to make a more efficient system has been discussed but never implemented. What is AHA considering, if anything? What are the impediments to change?

Actually, one of the initiatives this year promoted by our President, Nancy Harvey, is to take a fresh look at both our regions and regional shows. In the past we have looked at this and it was found that talk is easy, but regions are organizations unto themselves, and proposed consolidation or rearrangement of regional borders quickly faced objections from the individual regions. One factor is financial, as some regions enjoy healthy bank accounts while others struggle. In the past it was found that for regions to realign, it needed to be initiated by the two affected regions. But currently there seems to be a thought that it is time to take another look. As a result, the President is appointing a task force not only to make a recommendation but to initiate change.

All of our major decisions and rule changes happen once a year at Convention. If AHA is the governing “company” of the U.S. Arabian horse industry, is that the best decision-making method for the “company,” or does it reduce responsiveness to quickly changing situations, a changing industry and changing culture? What is your opinion? How can we bring the governing of AHA into the 21st century?

When I first came on board with AHA I realized one of the best things about this organization was that it may have been the most democratic of all horse organizations. I also realized one of the worst things about this organization might be that it was the most democratic of all horse organizations. But that said, our Board of Directors (BOD) still has huge authority to take action, it just can’t overrule or correct a resolution where something was missed or just doesn’t work. Reality is that that hasn’t happened much in my 10 years with AHA. Also the AHA Executive Committee has authority to make decisions for the BOD between board meetings. In addition to this, both the President and EVP each have authority to initiate a lot of policy action. My tenure with AHA has probably been helped by the fact that I have been blessed with four Presidents whom I was almost always on the same page with. So actually when you look at the authority of the BOD, EC, President, and EVP, reality isn’t as bad as it appears.

All horse breeds are suffering downturns. We are not alone. What changes, if any, made by AHA in the last few years have been working? What has not? Are you taking any cues from other breeds as we all deal with a changing culture? Does anyone in AHA follow other breeds to see what is working? Also, do we know how the most successful breeds are governed?

Shortly after I came to AHA, I initiated an annual meeting between the EVPs of Appaloosas, AQHA, Paints, Pintos, and AHA. We spent a day and a half talking about things not necessarily talked about in public, that are common to all breed associations. This information helps each organization to have a benchmark to compare to. In addition I regularly interact with EVPs from the Saddlebreds, Morgans, NRHA, USEF, to name a few. From a high level, all breeds and disciplines are suffering percentage-wise the same — both in membership and registrations. And it isn’t just horse organizations, golf and Little League, for instance are having trouble attracting and retaining kid participation.

Almost every breed is governed differently. For instance, AQHA has a board of 250 and meets once per year. So their BOD is effectively similar to our delegates; their five EC members then meet during the year. Appaloosas are just going down to 13 BOD members and the ApHC has no convention. Paints have 150 BODs. And for AHA, we have about 350 convention delegates and 29 BOD members. So each breed association has a unique structure.

My understanding is that the president of AHA is an unpaid position. Shouldn’t there be a financial reward for the person in that position? What is the motivation to work hard and be a firm leader of the “company?” How can anyone who devotes a large amount of time to the organization afford the job? Isn’t it possible that this may leave us with a very small, and potentially unqualified pool from which to find great leaders?

None of our sister organizations have paid Presidents. Pretty much for all, it is a labor of love. Our President does have expenses reimbursed. It is the EVP’s job to try to make life as simple as possible for the President. My position has been that the President is the chief policy maker and the EVP the chief policy enforcer. But you are correct, being President is extremely time consuming and requires much dedication and, at times, big shoulders.

In 2016, a contingent of halter trainers and owners met with AHA to demand changes in the halter arena. What were they? Who attended? Did those changes satisfy their demands? There has been talk of a halter-only Nationals to be held before or after the performance aspect of the show. Would that ever be considered? This year, 2017, when the stallion finals were held in Ford Arena on Championship night, a significant portion of the audience got up and left while the class was going on and returned for the next performance class. When halter was going on in the Pavilion, there were small audiences as well. Are we seeing more of a break between the halter and performance divisions?

In January of 2017, approximately 30 interested individuals (including trainers, owners and breeders) who participate in the halter division were invited to the AHA office in Denver to meet with Association representatives including our President, who moderated the meeting. Changes came from a dynamic discussion and follow-up participation by those who actually show in the division.

One of the goals was to have a representative for the Breeding/In-Hand division to the U.S. Show Commission (the Breeding/In-hand division had three representatives, Carol Steppe, Andy Sellman and Isaac Taylor at that meeting). Going forward Andy Sellman will be the Breeding/In-hand contact to the U.S. Show Commission just as John Ryan and Mary Jane Brown do for other divisions. In addition to representation, changes to procedures were requested including using the in-ring procedure and allowing support personnel to accompany Amateurs up the ramp to the arena. The three representatives worked very hard to improve the decorations and excitement of that arena, including securing a beautiful bronze statue loaned to the show by Judy Nordquist. Utilization of two announcers to create an interactive announcing atmosphere was also recommended. There was a strong desire to bring the performance and breeding/in-hand divisions together by having the finals of some classes in the Ford Truck arena. We continue to believe the U.S. National Show should include both breeding/in-hand and performance divisions. I do believe specialization has led to some separation of halter and performance which is the very reason U.S. Nationals needs to remain as the showcase for both so that there is interaction. Michael Byatt’s sharing of his stallion, *Hariry Al Shaqab, with the crowd was a perfect example.

As always, the 2017 show will be thoroughly analyzed and changes or improvements will be thoroughly discussed and considered at the U.S. Show Commission’s January meeting. The Arabian Horse Association is committed to continuing to showcase all of the areas in which Arabians and Half/Anglo Arabians can be shown. The trainer/owner meeting also resulted in a strong desire to have a resolution submitted to eliminate the requirement to use the “Arabian Score Card” exclusively to evaluate horses in breeding/in-hand classes. The breed/in hand committee submitted that resolution and it was passed by the 2017 convention.

What are the top three things that AHA is doing that you believe are furthering sustainability of the breed?

1) Building and sustaining a solid membership base through grassroots outreach and increasing the value of association membership.

3) Promoting ownership of purebred Arabian, Half-Arabian, and Anglo-Arabian horses through maintaining the integrity (purity) of pedigrees.

If you could wave a magic wand, what three initiatives would you introduce to expand the market and interest in Arabian horses?

1) Expand activities both elite and local for enjoying and competing with our historic and versatile breed.

3) Provide our breeders and trainers tools to create increased business in their areas — whether youth or adult — particularly millennials. The State of the Industry Featuring Mary Jane Brown 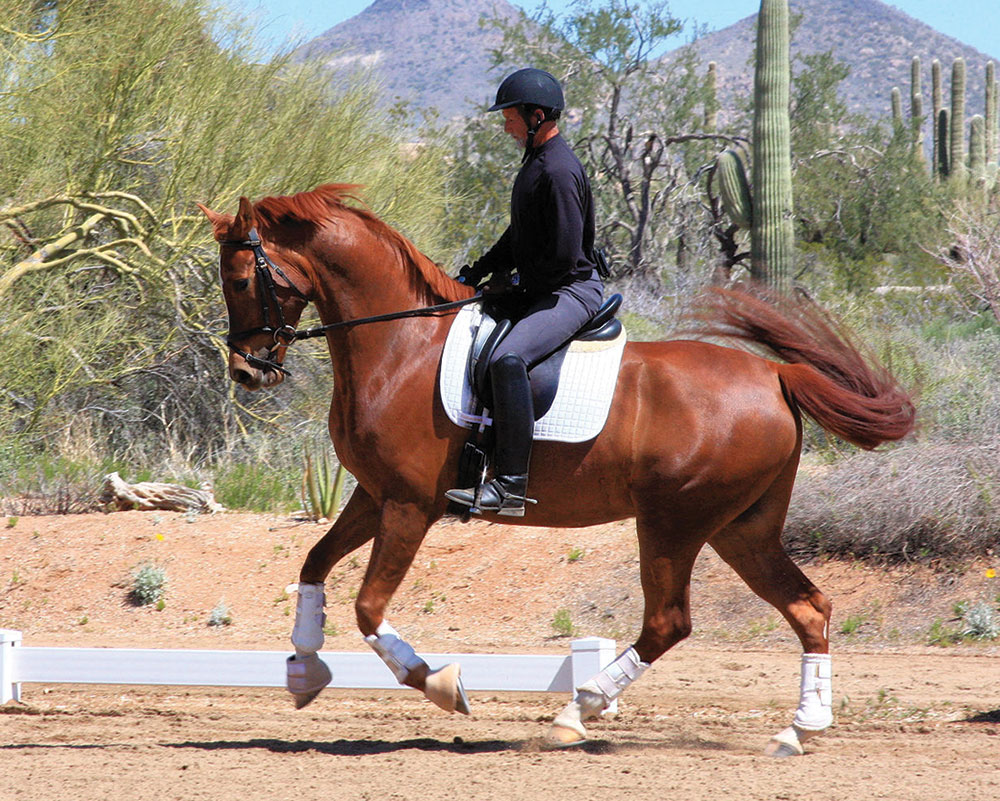 The State of the Industry Featuring Ray LaCroix 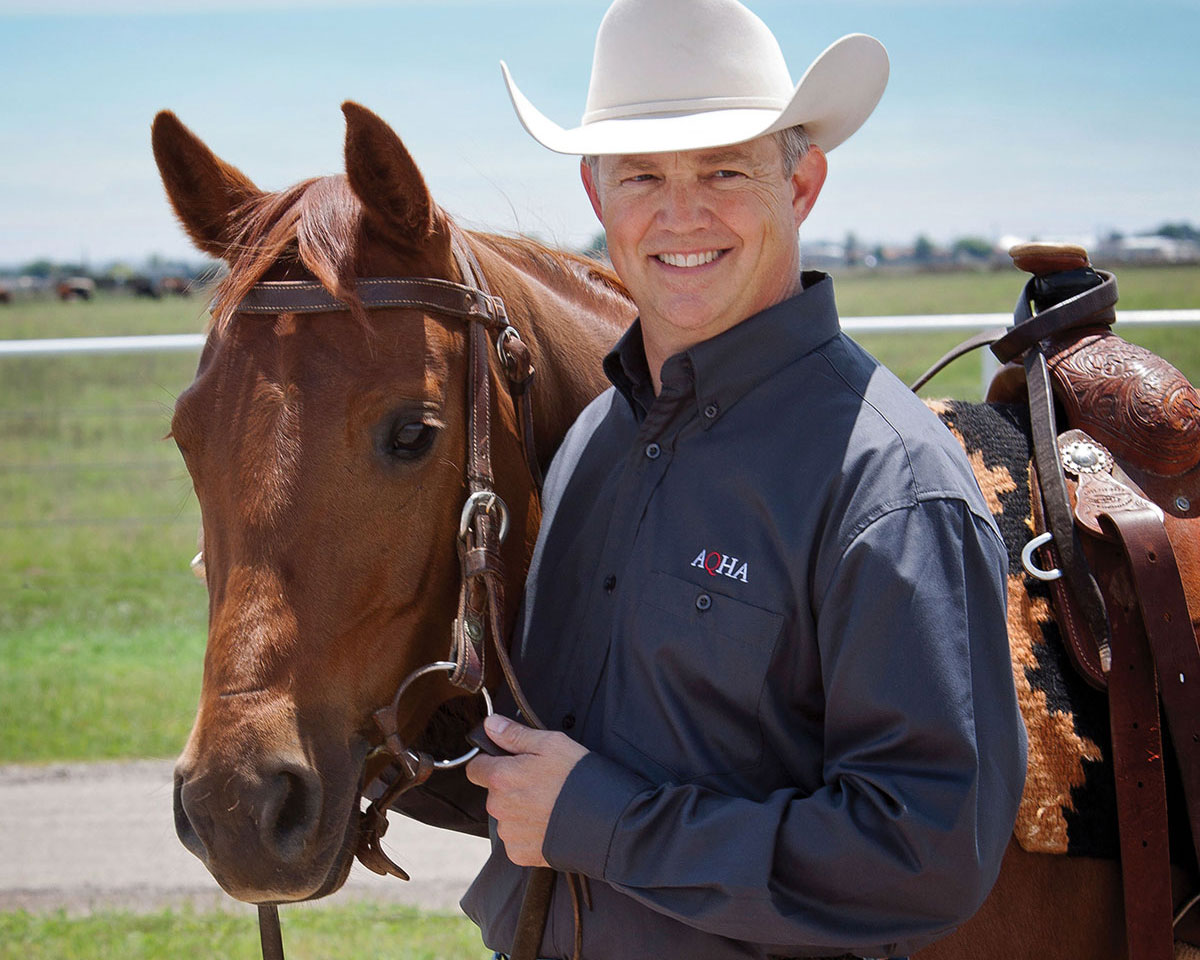 The State of the Industry Featuring Craig Huffhines