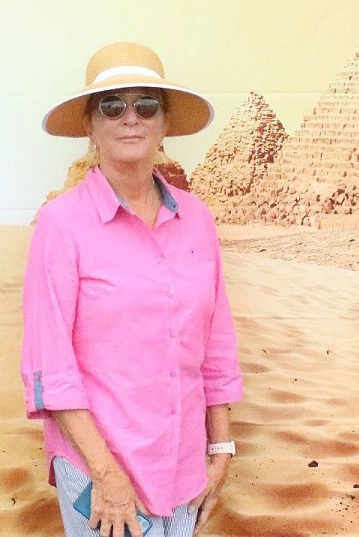 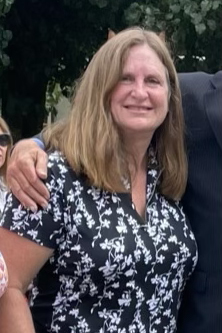 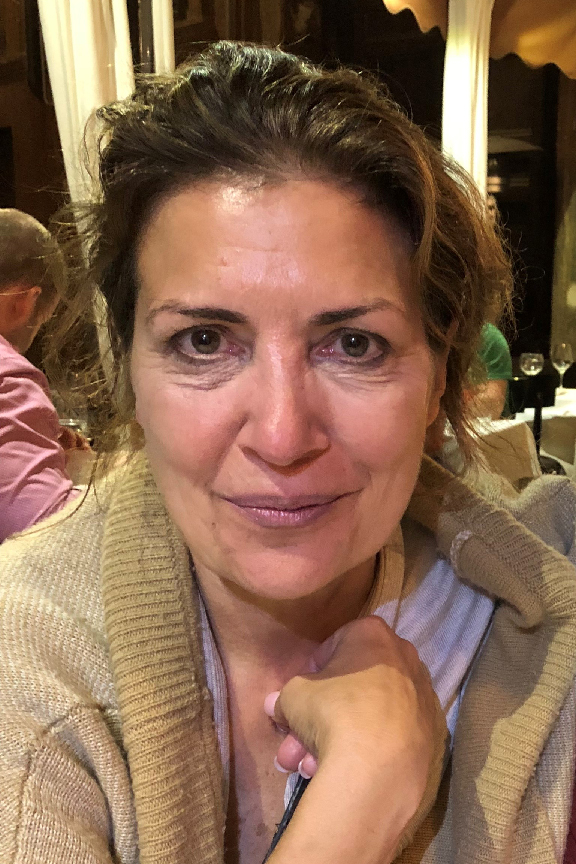 Pictured above, from top to bottom are: Gail Ahrens, Mary Ann Applegate, and Kathleen Petrelli, sponsors of the Straight Egyptian High Point Award at Nationals

Since the famed Egyptian Event is no more, it was evident that the straight Egyptian breeders needed additional showcases for their horses.  Over the past few years, several regional and class A shows have been including straight Egyptian classes within their show format.

In 2021 three award sponsors, Gail Ahrens, Tribunal Arabians, MaryAnne Applegate, Al Azure Arabians, and Kathleen Petrelli, Kleio Arabians, banded together to promote the beautiful straight Egyptian Arabian.  In prior years the group observed that both the Arabian Horse Association and The Pyramid Society were facing similar, if not identical issues facing them and their membership. Both were challenged by waning participation at their shows, and decreasing membership and registrations as breeders and owners are facing increased expenses across all spectrums of life.  The straight Egyptian breeders need venues in which to show, and in recent shows they have proven that they enjoy showing their horses.

Many trainers are supporting this endeavor. As Tony Steiner says, “I was so excited to hear about the Straight Egyptian High Place Award at Nationals! The idea is innovative and gives the trainers and breeders of straight Egyptians the opportunity to compete and showcase their great horses on the Arabian breed’s biggest stage.  The straight Egyptian horses in the ’60s and ’70s added so much to the National Championships with wins by *Asaad, *Serenity Sonbolah, *Sakr and Anasata Ibn Sudan, and as outcrosses to create the legendary Ali Jamaal.  Now the opportunity to compete with specific prize money for just straight Egyptian horses is awesome!  I think it is helpful for everyone involved with Egyptian horses.  Last year we showed Ibn Raad to a Top Ten in the Senior Stallions championship, which I believe led to a large breeding year for him this year. This idea will help remind people of the beauty and value of the Egyptian Arabian horse.” 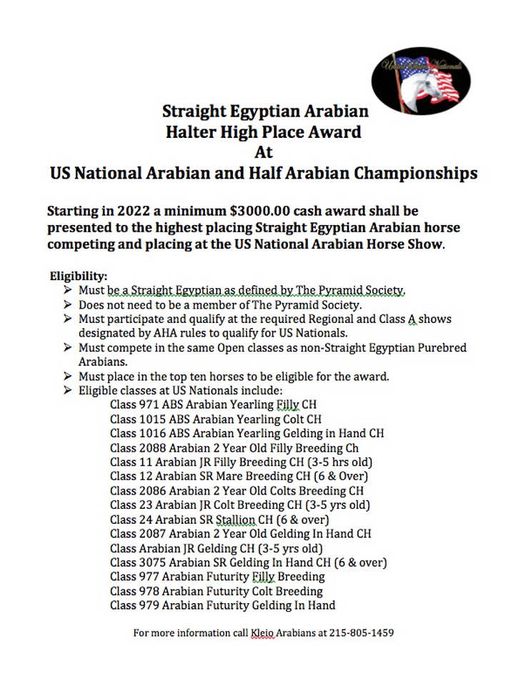 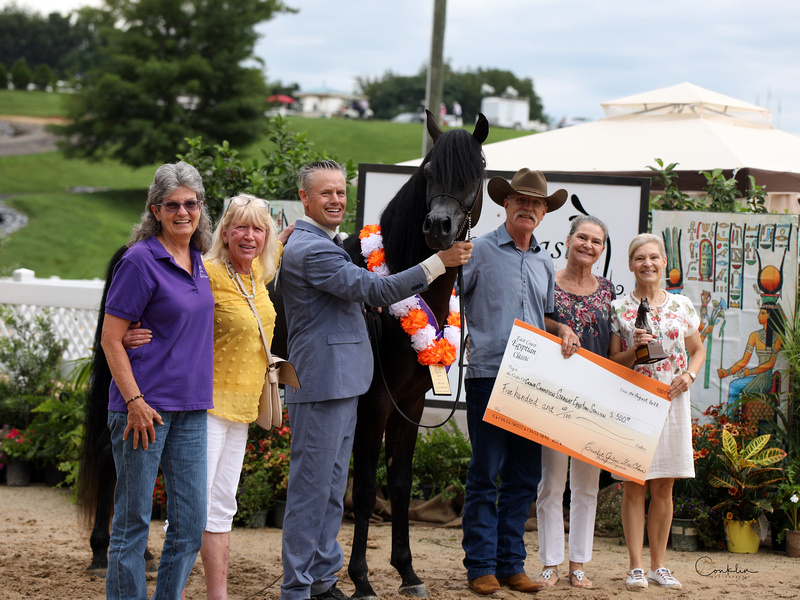 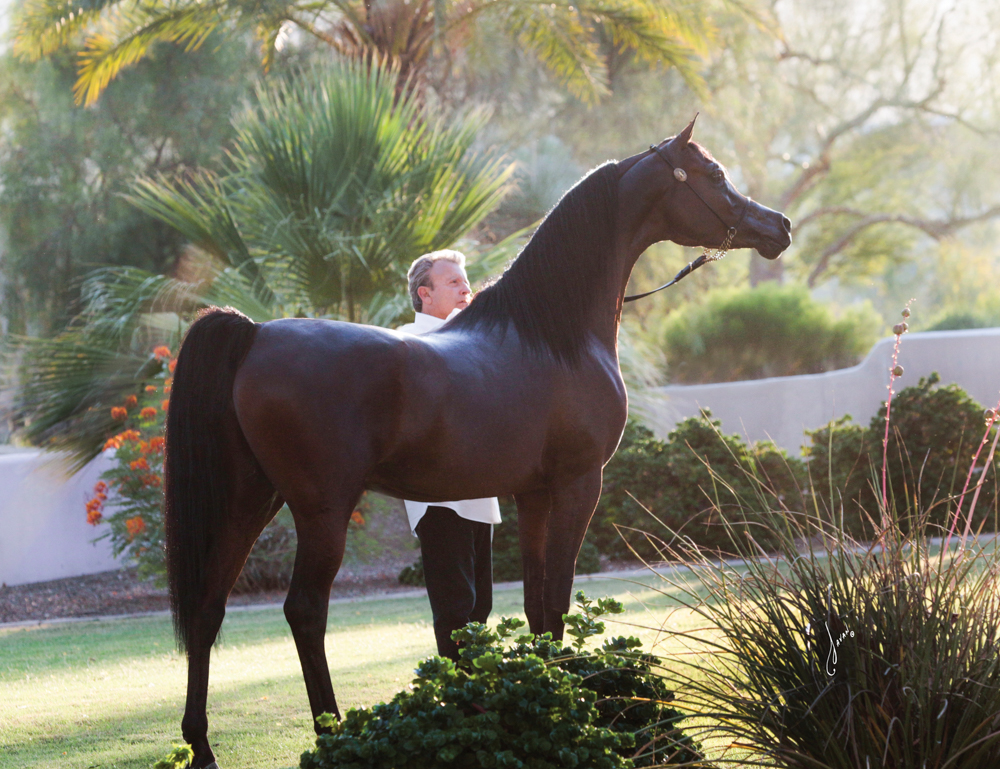 Aria Rakeem – Delivering on the Promise 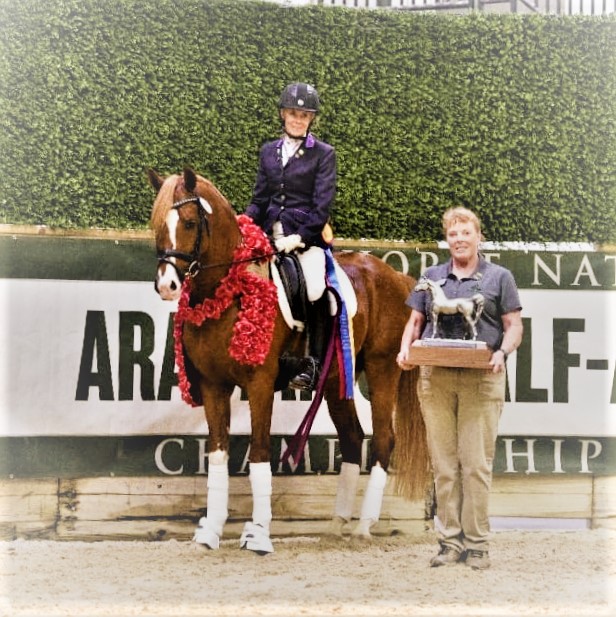 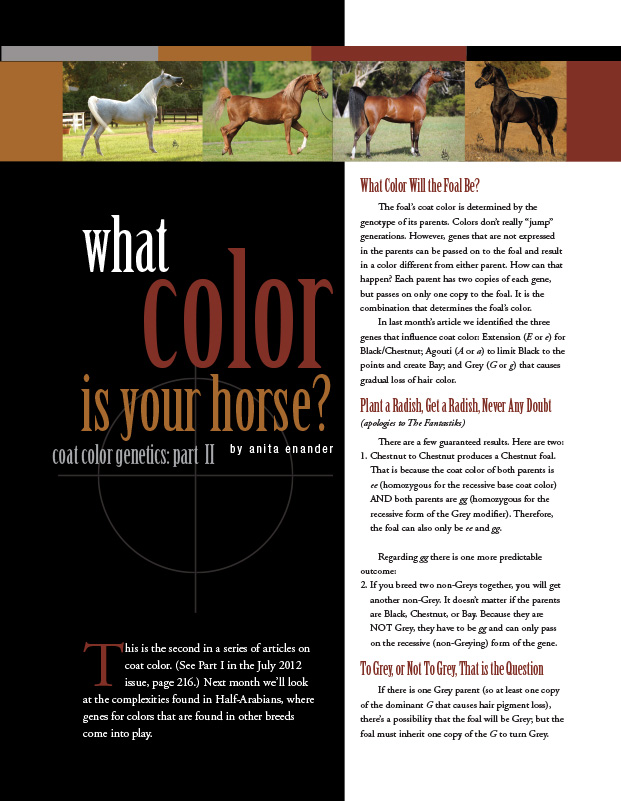 What Color Is Your Horse? Color Genetics: Part 2