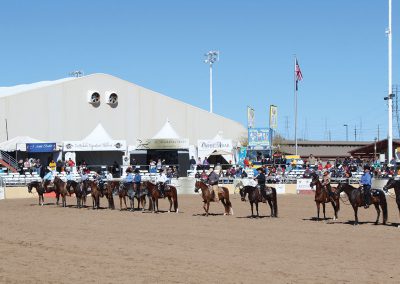 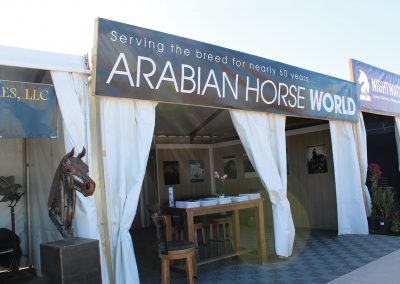 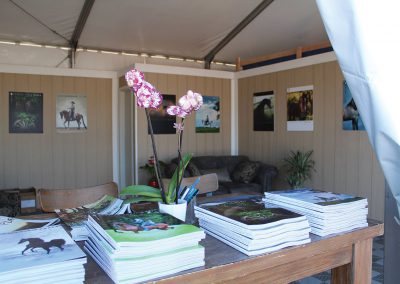 Story and photos by Rachel Varner

The air was crisp, the breeze chilling to the bone, but the sun was out. The smell of popcorn mixed with the aromas of hay and shavings filled my lungs. Mountainscapes lined the periphery of the vast showgrounds, almost as if to remind me of where I was — the wild west of Arizona. Golf carts whizzed by, and horses carefully guided by their handlers criss-crossed the grounds. Everyone was going somewhere, and the atmosphere was electric. Serious faces, happy faces, overjoyed faces — the anxiety and relief could be felt with a look from each passerby. This is where magical moments are made, lifelong friendships are built, and the Arabian horse is everything. This is Scottsdale.

It was my first time at the Scottsdale Arabian Horse Show — my first time at any horse show, for that matter. And though I don’t have anything to compare it to, it made sense to me, in a way that some things are just innate. Through observation of those who have come here their whole lives, as well as the zealous and fresh-faced newcomers, there’s no denying that Scottsdale is a rite of passage for those who love the breed. Everyone who goes to Scottsdale will tell you about that certain specialness if you give them the chance.

“Hey, I know that horse!” said Ted Carson’s son, Inman, who ran into our Arabian Horse World booth, his face flushed from the cold wind, but visibly excited to see a large, blown up photo of Exxalt’s cover hanging on the wall. “He’s a beauty, a real natural.” I watched as he talked about the different horses his dad was showing this year, and then he moved on to talking about his sister, Michaiah, who had just shown in Wendell too. After he left the booth, I wondered what it must be like to grow up going to Scottsdale.

“I’ve been coming here since I was a teenager,” said a friendly 70-something woman, having just learned it was my first time. “You’re in for a real treat.” She was right. Scottsdale might be the world’s largest Arabian horse show, but it still feels intimate. So many kind faces and words of advice greeted me as a newcomer; instead of the show feeling exclusive and intimidating, I felt welcome here.

The Arabian horses at Scottsdale are beautiful and diverse. From halter to performance, there are so many different versions of greatness; a testament to the stunning versatility of the Arabian breed, really. Watching the long-time favorite win a class has its own flavor of accomplishment and victory but maybe is not quite as sweet as the moment an underdog is crowned champion. Tears, family members rushing the winner’s circle, and screams of disbelief and then belief.

Beyond watching the classes, there were other captivating events to enjoy. There was the glamorous Marquise Auction, where I sat still, with mouth agape, completely entranced by the display of gorgeous Arabians for sale, and at the same time overwhelmed by the intensity of the auctioneer and the anxious audience members competing over their potential prize. I wondered if the people around me could tell that I was new to all of this — I’m sure the look on my face gave me away. And then there was the GRK Open House, on probably the most beautiful property I could have ever imagined, where the sense of pride was palpable and the Arabians exquisite. When I wasn’t busily snapping photos on my phone for my latest Instagram story, I was watching the conversations and interactions between all of Gary Kehl’s guests. Of course, Rory O’Neil’s charismatic personality as MC brought everyone together comfortably and made us all feel that we were visiting old friends, casually watching some of GRK’s finest Arabians on display.

I felt that each new experience was the pinnacle of my time at Scottsdale, and then something else would take my breath away. “There’s nothing like Scottsdale,” Manny Vierra of Valley Oak Arabians assured me. “You’re seeing the best there is.”

As I walked the grounds, I realized that trying to “take it all in” was impossible. New to this world, I tried to remind myself to just sit and listen. Listen to what the onlookers and passionate audience members had to say. When did they cheer? Who were they cheering for? What were they saying? With each passing class, I felt that I learned a little more about the breed, and the people who love it so dearly. It isn’t a hobby or a pastime to these folks. This is their life. Their livelihood. What they hope to pass on to their children. And that’s a part of what makes Scottsdale so special.

This might have been my first horse show, but it won’t be my last. Scottsdale, thank you. 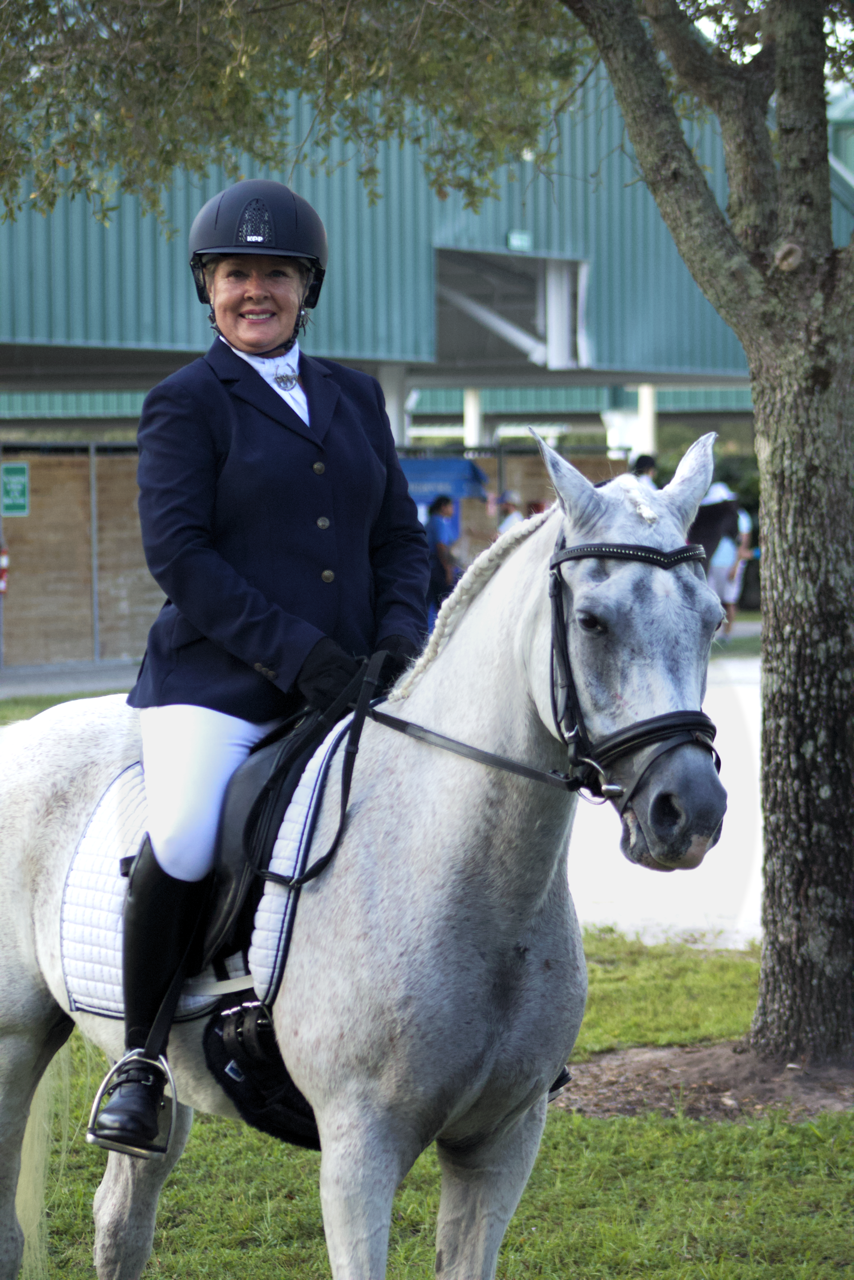