10 AHW’s Annual Collection of Baby Photos
Sweetness and light: the Arabian foal. Enjoy these photos of the 2017 foal crop submitted by our readers around the world. 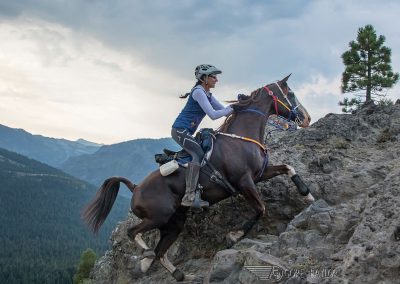 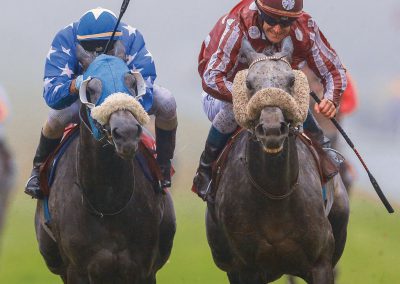 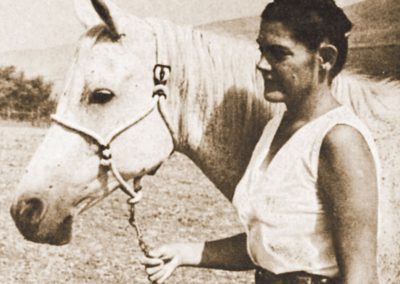 Wit and Wisdom from Our Early Breeders: The Lodwick Family

60 The Varian Way Weekend
Sheila Varian would applaud the continuance of her life and love of the Arabian horse as perpetuated by her trusted staff, by Caroline Maupin

64 For the Horse: Long Lining Part 2
John Lambert goes from starting a horse in long lining to ground driving, by Cindy Reich

97 Cover Story: Oak Haven Farms
Hailing from a family of talented horsemen, Jason Krohn, along with his fiancée, Lauren Grabski, is set to open a new branch of Oak Haven Farms, by Gary Dearth

124 Wit and Wisdom from Our Early Breeders: The Lodwick Family
“Since I was never one to follow a judge or really give a damn about who won the class, I set my sights on those horses — beautiful rare Arabian horses,” by Mary Jane Parkinson

146 Twisted Tales: If Adversity Builds Character, I Have Plenty
“As long as there is ice cream at the end of a hot ride, life is good,” by Darice Whyte

148 Sire Line: Saklawi I Part 3, A Prince of Egypt
*Morafic was possibly the best, certainly the most influential son of Nazeer in the tail male line, by Betty Finke

88 The Dowager Club
AHW honors these special ladies age 20 and over who are still producing, or who are age 25 over and still gracing our pastures.

128 The 62nd Tevis Cup
This year’s ride brought 172 riders and their horses together for a 100-mile journey of endurance, honor, companionship, and a feel-good ending, by Genie Stewart Spears

140 The Rise of Everest
The search for the son of a beloved horse turned into what might be considered a fairy tale, except this one just happens to be true, by Sandee Andrews

176 Racing Arabians Khataab and Joudh Make Statements in France
Joudh continued her undefeated streak with a victory at the Al Rayyan Cup, while Khataab flashed his true potential at the Doha Cup,
by Steve Andersen

184 The Cre Run Oaks and Bob Magness Derby at Delaware Park
Sweet Honey AA’s win at the Cre Run Oaks might be the feel-good story of the year, while RB Nash’s recent victory pushed his career earnings past the $100,000 mark, by Steve Andersen

10 What in the World — Baby Photos

186 Stud Farm Diaries: Parting is Bittersweet, But Essential
Weaning is as important as it is difficult. By following these guidelines, you can find a way to cause the least amount of stress to the mare and her foal, by Cindy Reich

159 The Pyramid Society Yearbook in December