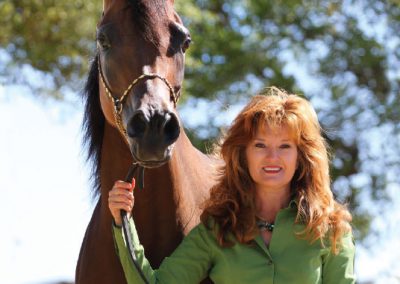 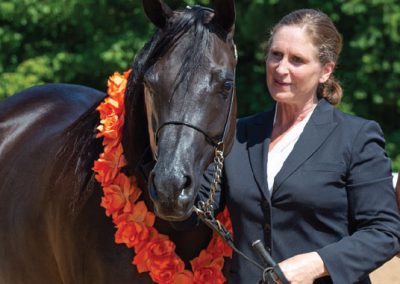 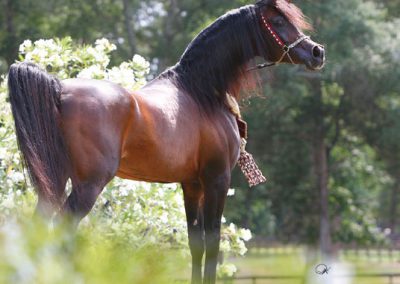 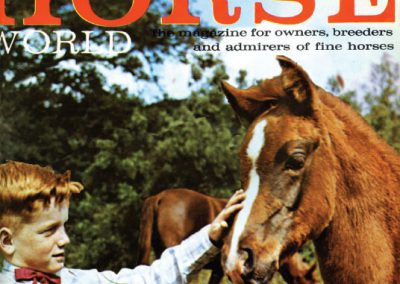 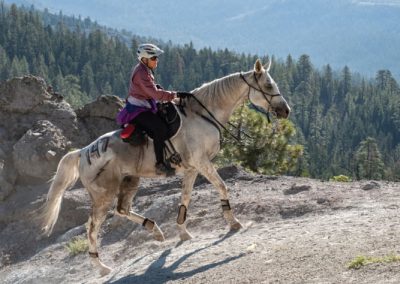 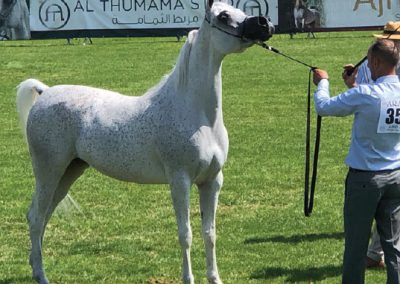 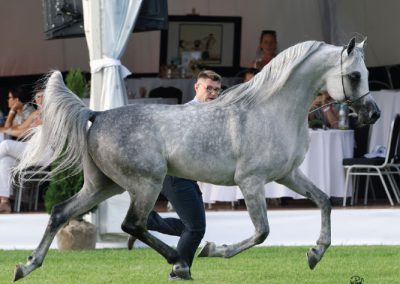 41
Cover story: Gazal Al Shaqab, The Once and Future King
History continues to unfold around Gazal Al Shaqab. He is the horse that flies without wings, conquers without a sword. He is the once and future king. Long may he reign, by Betty Finke

68
Wit and Wisdom From Our Early Breeders: Marianne and Richard Hatfield.
Marianne and Dick started their lives together in June 1951. Their Arabian horse interest was obvious even then. A few months later, they gave each other Bint Treyf (Alyf x Treyf by *Nasik), bred by Kellogg Arabian Ranch, who continued to play an important role in the Hatfield family life, by Mary Jane Parkinson

1A
Almanac Introduction/Index of Trainers and Breeders
Selecting the right trainer for your horse is crucial. The successful partnership between owner and trainer is a long-term endeavor with many similarities to a happy marriage.

12A
WC Ciao Bella
WC Ciao Bella, Italian for “Hello Beautiful,” was a fitting name for the mare Holly Dillin calls “the Most Nationally-Titled Halter Mare in North American History,” by Holly Dillin

17A
You Be the Judge
by Cindy Reich

20A
From the Artist: Alfred de Dreux

22A
Arabian Ambassador AM Shahrazad, brings her Arabian flair to open cutting competitions.

98
The Fairytale Castle and Arabian Horses
The elegant Domaine de Chantilly was the setting for the 2019 AHO World Cup and AHO Breeders’ Championship, by Caroline Reid

106
2019 Polish Nationals and the Pride of Poland Auction
It was bittersweet to return to Janów Podlaski for this year’s Pride of Poland Festival after a break of three years which has seen such sweeping changes in the political scene of the country and, of course, the studs, by Deirdre Hyde

24
2019 Tevis Cup
The drama of the Tevis, as expressed by Gwen Hall: “The six miles from Lower Quarry to the finish line I got motion sickness riding in the dark. I thought I would fall out of the saddle. But Dakar worked to stay under me; he is so amazing! We walked at least four of the last six miles in, all because of my vertigo. I was astonished to find out we still placed eighth!” Read more stories of sheer grit in our Tevis coverage, by Genie Stewart-Spears

10
What in the World: A Golden Moment
After years of documenting others in the arena, Suzanne Sturgill takes a spin in the Golden Oldies class.