90 A Tribute to Sigi Siller and Om El Arab
Starting on page 90, we trace the evolution of the Om El Arab breeding program and its contributions to the Arabian breed, as well as take a glimpse of the future as Sigi’s daughter, Janina Merz, picks up the reins. 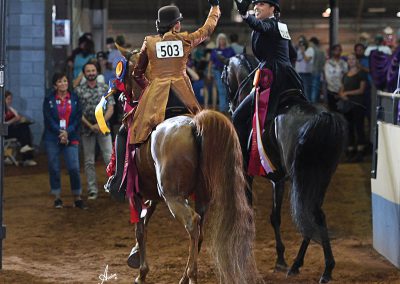 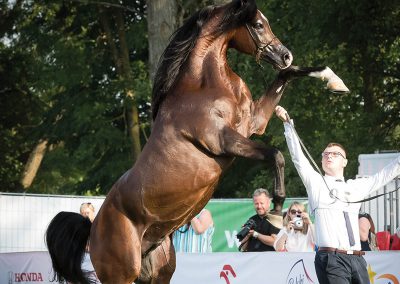 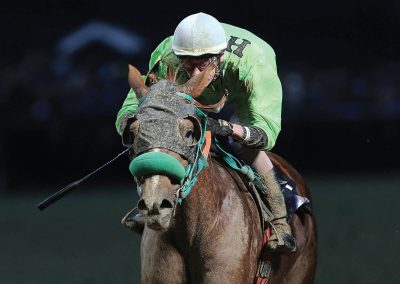 114 Reflections on the Past and a Look to the Future with Janina Merz
A heartfelt interview with Om El Arab’s new leading lady, Janina Merz, who will continue to carry her mother, Sigi’s, torch while adding her own vision for the future, by Betty Finke and Denise Hearst [ read now ]

122 Remembering Sigi — Notes from Her Friends

24 2017 Youth Nationals
Camaraderie, competition, and a whole lot of excitement came together at this summer’s Youth Nationals in Oklahoma City. [ read now ]

30 Twisted Tales: The Adventures of Trail Marking
by Darice Whyte

33 Cover Story: Arabian Horse Breeding in the World Today — Strawberry Banks Farm
Neil and Barbara Chur’s “Strawberry Banks” brings to mind legendary show horses — Ericca, A Temptation, Allience, and so many others. Here is their story from foundation, to hopes for the future, by Gary Dearth [ read now ]

82 2017 Pride of Poland
This year, the Polish National Arabian Show Championships marked the 200th Anniversary of Janow Podlaski. And after over a year since the dismissal of the Stud Directors, changes were evident; not all for the better, by Anette Mattsson

136 From the Artists — Adolf C. Schreyer
Master of composition, light, movement, and color, Schreyer’s works featuring the Arabian horse are prized as great works of the Orientalist movement.

154 Save Money and Time with an Equestrian Realtor
If you’re in the market to buy or sell a horse property, find a professional realtor that you can trust, by Wendy Tinker

138 Quick and Rich Wins on Racing’s Greatest Stage
In the most lucrative race of his career, Quick And Rich won the $100,000 President of the UAE Cup. Paddys Day, Ivory Shores, and Kao Maloan SWA also claimed victories during this exciting month in racing, by Steve Andersen

142 September Racing in Europe
Nafees won his third stakes of the year at the $108,000 U.K. Arabian Derby last month, and Ebraz continued to be a point of pride for trainer Julian Smart as he won the $71,400 Qatar Cup just one week earlier, by Steve Andersen

10 What in the World: A Late Summer’s Day in New Mexico, and a Few Thoughts on Horsemanship
by Denise Hearst

158 Stud Farm Diaries: Doing Rounds With Your Horses
On a horse farm, only one thing is certain, and that is uncertainty. Doing daily rounds will help you avoid possible disaster by catching warning signs and symptoms sooner, by Cindy Reich

175 Solid Gold in December and January

145 The Pyramid Society Yearbook in December