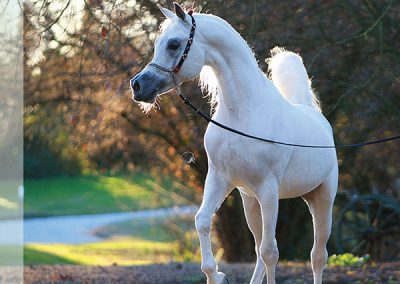 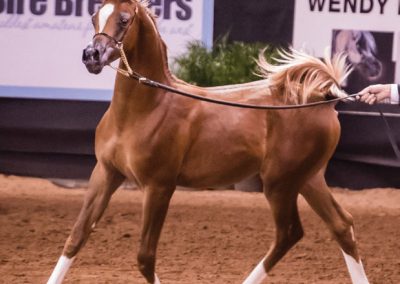 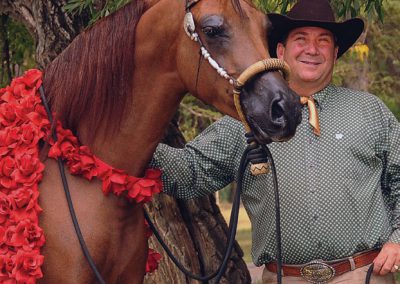 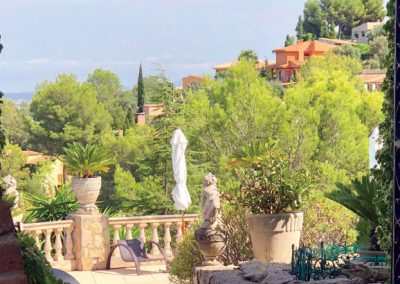 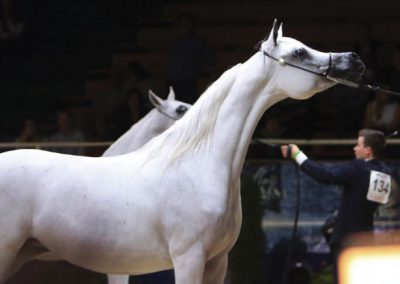 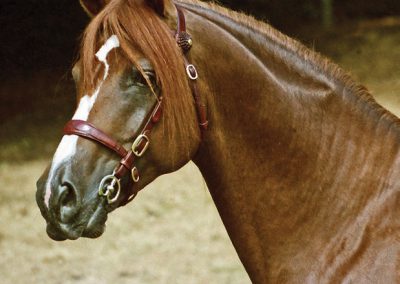 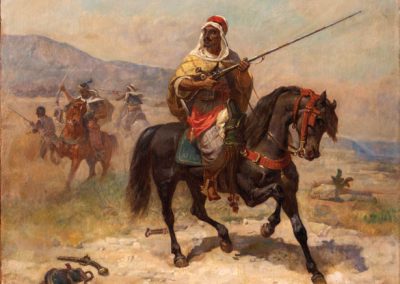 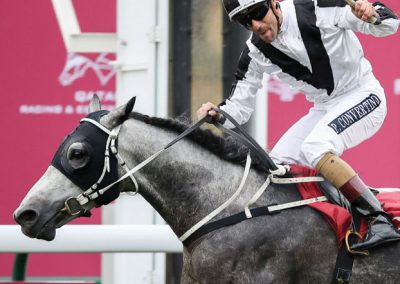 On the Cover
The straight Egyptian stallion Al Adeed Al Shaqab (Ansata Halim Shah x Sundar Alisayyah), owned by Al Shaqab Member of Qatar Foundation, Doha, Qatar.
As we were going to press, we received news that the great Al Adeed had died. Please see his story in the Al Shaqab story beginning on page 66. Photo by Gigi Grasso

24
2018 Canadian Nationals: The View from Center Ring, by Gary Dearth

40
Moments In Time — Flying Without Wings
One of the most magnificent sights is an Arabian sailing along at a really powerful, yet light-footed, ground-covering trot, and none did it better than Vodolej, by Betty Finke

42
State of the Industry: Michael Weinstein
After 40 years of breeding Arabians, the manager of Psynergy Equine Enterprises shares his ideas for improving competitions, and thus, our market, by Cindy Reich

49
Cover Story: Al Shaqab
At a recent show, we caught up with Al Shaqab’s breeding manager, Sheikh Hamad bin Ali Al Thani, who shared his plans for the next phase of the iconic stud’s breeding program, by Denise Hearst

104
Wit and Wisdom From Our Early Breeders: Evelyn and Lloyd Burton
Through select importation and careful breeding, the Burtons contributed well to the reputation of the Arabian breed, by Mary Jane Parkinson

108
Rissla: The Queen of Crabbet, Part 3
In this chapter, we follow Rissla’s impact through her last three daughters: Rissalix, Rissella, and Rissiletta, by John Schiewe

116
Sire Line: Feysul
Some sire lines have slowly dwindled over the years because they are not in fashion and, as a result, not much noticed. The line of Feysul is one of these, by Betty Finke

130
From the Artists: Georges Washington

132
Twisted Tales: Howe Hot Was that Ride?
Sometimes the weather is your biggest competition, by Darice Whyte

47
You Be the Judge
Think you know how to evaluate conformation? Test your judging skills, by Cindy Reich

124
Friends of the World: Notes From Our Long-Time Subscribers

74
Ode to Mallorca
In a beautiful setting, an opportunity to meet, mingle, share ideas and stories, expertise and experience, with others who share a passion for Arabian horses, by Caroline Reid

10
What in the World: Happy Thanksgiving

Correction: In “Rissla: Queen of Crabbet, Part 1,” by John Schiewe, in the September 2018 issue, the second sentence in the first paragraph should read: “It has become clear that given enough time, Rissla blood ultimately unites with these great horses and others to give elite standard-bearers for the future.”