108  The Straight Egyptian in Kuwait 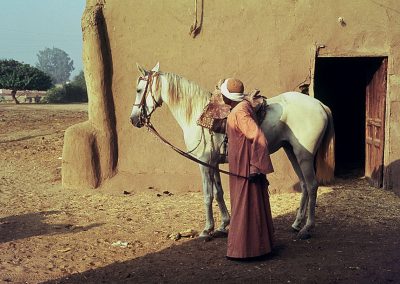 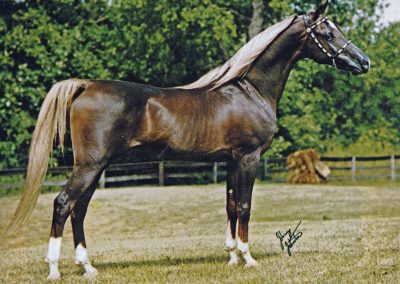 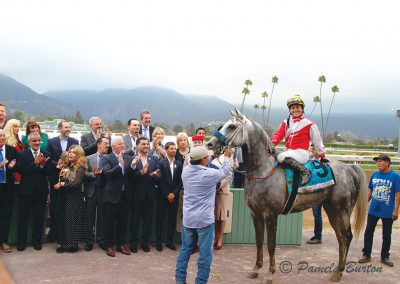 32 For the Horse: What Makes a Master Breeder, with Larry Jerome, by Cindy Reich

36 Twisted Tales: It’ll Be Fun, I Said, by Darice Whyte

38 State of the Industry: The Jockey Club
The Thoroughbred Jockey Club is facing several challenges. As they implement solutions, our breed organizations can learn a lot from what they’re doing, by Cindy Reich

57 Cover Story: Al Shaqab Stud: The Year of Introspection
Today, there is hardly a major breeding program in the world that has not been touched by HH The Father Emir Sheikh Hamad bin Khalifa Al Thani, founder of Al Shaqab Stud, or his most prized creation, the stallion *Marwan Al Shaqab, by Denise Hearst

24 An Interview with Incoming Executive Director of the Pyramid Society: Cynthia Culbertson, by Denise Hearst

28 Scottsdale 2018 Egyptian Classes
A look at this year’s Egyptian Class Champions from the “Greatest Arabian Horse Show on Earth.”

100 The Tahawy Bedouin and the Arabian Horse: A Journey into a Fascinating World
In their bittersweet book, Bernd and Kirsten Radtke make their plea: “It is one minute to twelve; these last few horses should be recognized for what they are: the last survivors of unique and most precious bloodlines, in some cases the very last representatives of certain lines.”

108 The Straight Egyptian Arabian in Kuwait
Viewed from the perspective of Arabian horse breeding, and straight Egyptian breeding in particular, Kuwait is on its way to becoming a giant, by Betty Finke

134 Sire Line: Rabdan Through Samhan and Sameh, The Other Sons of Nazeer
The sire line of Rabdan is a very important component in straight Egyptian breeding. It is the second largest of the sire lines originating in Egypt — or possibly just another branch of the largest one of them all, by Betty Finke

144 2018 Dubai International Arabian Horse Championship
Four million dollars in prize money and a plethora of current and past World Champions make this the go-to show of the Middle East season, by Caroline Reid

On a Friday night each spring, Arabian racing aficionados gather to honor racing’s best from the United States and recognize the achievements of women in racing throughout the world, by Steve Andersen

92 The $114,000 Darley Awards Stake
It was a fight down to the wire as Quick Sand AA’s momentum carried him from the outside to win by a half-length over his stablemate Easter Man, by Steve Andersen

96 The Million Dollar Kahayla Classic and Spring Racing Around the Gulf
Tallab Al Khalediah scored an upset win in the $1 million Kahayla Classic at Meydan Racecourse in the UAE, by Steve Andersen

35 Wonderful Women of World in June

10 What in the World — Another Horse-crazy Girl Story, by Lisa Robson