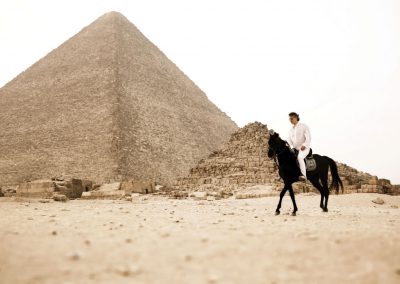 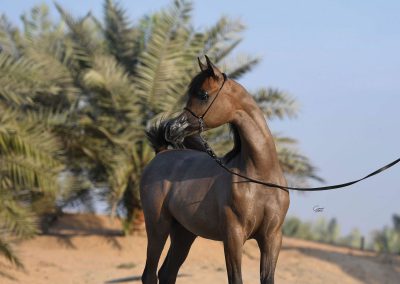 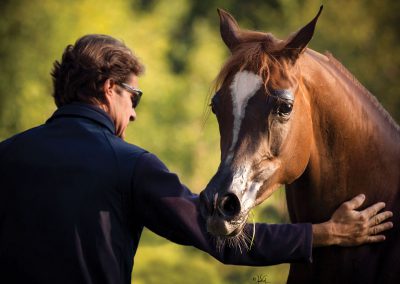 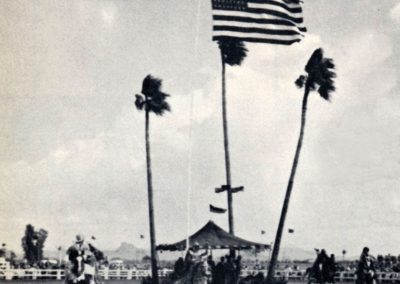 6R The Art of Breeding, by Denise Hearst

66R A Conversation with Cory Soltau
With a desire to attract new participants in the Arabian racing world in California, Soltau’s enthusiasm is contagious, by Steve Andersen

70R Paddys Day, Millionaire
A career that began in Colorado in the summer of 2014 has flourished, making Paddys Day an international star for Arabian racing, by Steve Andersen

24 Twisted Tales — And So Began the Dream, by Darice Whyte

26 Andrea Bocelli and His Arabian Horses
His famous voice and talent are known worldwide, but many may not know the role that Arabian horses have played in Andrea Bocelli’s life, by Judith Wenning

30
Sire Line: Saklawi I Part 8, Hungarian Variations
Unlike most of his brothers, Galal never left Egypt himself, yet he has descendants all over the world today, by Betty Finke

38 State of the Industry
We talk to Craig Huffhines, Executive Vice President of the American Quarter Horse Association, to see how they are faring in our increasingly urban and changing culture, by Cindy Reich

126  Moments in Time: Family Matters
Comparing horses and their forebears and watching families develop can be endlessly fascinating. From time to time, it also throws us something totally unexpected, by Betty Finke

132 Wit & Wisdom: Anne McCormick
She insisted on quality in every aspect of the Scottsdale show, and her influence is still felt there to this day, by Mary Jane Parkinson

154 From the Artists — Sir Edwin Landseer

121 Egyptian Arabians in May

159 Leading Owners and Breeders of National Winners in April

10 What in the World –— Scottsdale,  Offering  Glimpses of Future Superstars — Both Equine and Human, by  Jeff Wintersteen

156 Stud Farm Diaries — A Painful Lesson, Recognizing pain in the horse is an important skill and may make the difference between a good or a poor outcome, by Cindy Reich