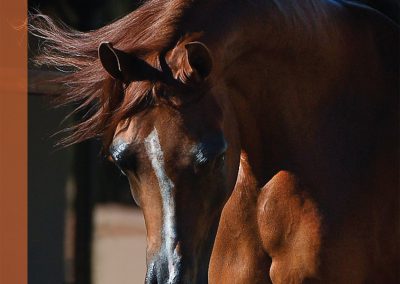 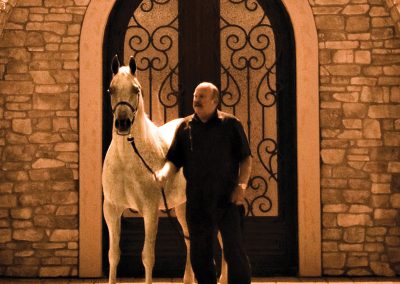 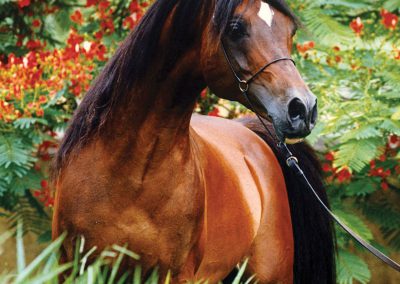 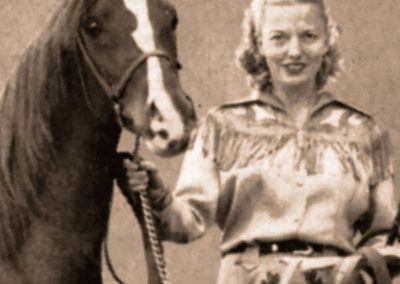 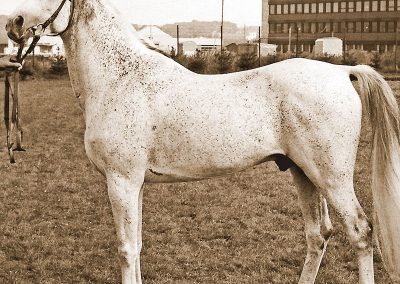 33
Cover Story: Valley Oak Arabians
Breeding Arabian horses is a passion that often cnsumes a lifetime, and nothing better exemplifies this than Manny Vierra’s love and devotion for the breed, by Jeffrey Wintersteen.

54
For the Horse: The Passion of Breeding
We talk with Larry Jerome about the role of passion in his Arabian breeding program, by Cindy Reich

57
Arabian Horse Breeding in the World Today: Haras Meia Lua
With an artist’s eye and a true breeder’s touch, Lenita Perroy created her own distinct type of Arabian. Stories by Betty Finke and Luiz Rocco

120
Wit and Wisdom from Our Early Breeders: The Manion Family
Arabian horses had a way of changing people’s lives,  by Mary Jane Parkinson

124
State of the Industry — Mike Whelihan
Mike Whelihan offers another perspective on the Arabian show horse scene and how best to promote the breed, by Cindy Reich

126
Sire Line — Rabdan Part 2: A Horse for All Reasons
Within the Rabdan sire line, the branch descending through the Ibn Rabdan son *Fadl occupies a space all its own, by Betty Finke

90
The Arabian
Not just a horse, the Arabian is history, by Joanne Fox

92
A Newcomer’s Guide to 28 Books on Arabian Horses
Some of the must-haves to add to your summer reading list, by Mary Jane Parkinson

96
The Versatile Arabian
The oldest of all equine breeds, the Arabian is widely known as the most beautiful as well, but perhaps his greatest glory is his versatility, by Cindy Reich and Gary Dearth

106
Friends of the World
Notes from our long-time subscribers

22
Moments in Time: The Road Not Taken
Rumor and suspicion can ruin a reputation, sometimes with dire consequences. The world of the Arabian horse is no exception, by Betty Finke

24
Wonderful Women of World
Featuring the stories of some of the incredible women who have made the Arabian horse part of their lives.

50
Twisted Tales: Fun in the Sun, by Darice Whyte

138
Spring Racing in France, Featuring The $119,000 President of the UAE Cup, by Steve Andersen

49
Farm Stories
Large or small, no one tells your story better than AHW

10
What in the World: Michaël’s First Show, by Johanna Ullstrom