97 Wadee Al Shaqab — A Trainer’s View
Coming from a long line of champion sires, it is now Wadee’s turn to have star billing as he is prepped for competition in the senior stallion division this year, by Denise Hearst 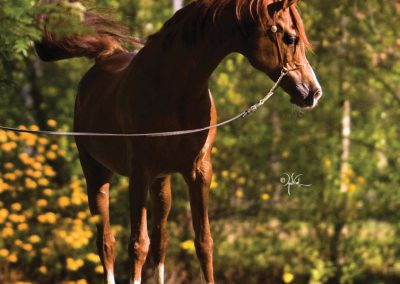 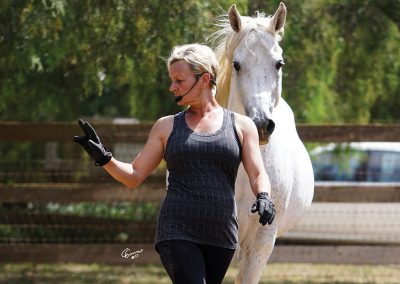 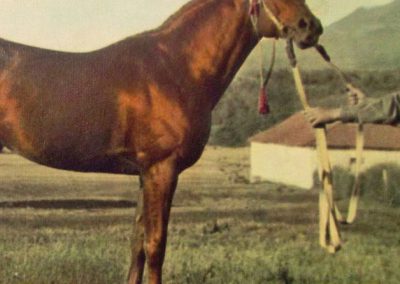 146 The President of the UAE Cup at Deauville
The first Group 1 race of the year on the European calendar saw Muraaqib victorious; anticipation mounts for a match-up race between Muraaqib and Al Mourtajez, by Steve Andersen

38 Warrior Horse
Reflecting on how much his Arabian helped him through his fight with leukemia, Ryan Melendez had an idea … , by Cindy Reich

41 Arabian Horse Breeding in the World Today: Padrons Psyche
One of the architects of the breed we know today, Padrons Psyche embodies the bridge between the past and the future, by Betty Finke

82 Small Breeders Big Results
Lee and David Black of Nyota Ya Nyika Arabians have built a program focusing on the daughters of one foundation mare. Their unique journey led them to Nationals success, by Mary Jane Parkinson

122 Sire Line: Koheilan Adjuze DB, Performance Power from Hungary
From a journey to Syria in 1885 came the founding horses of this sire line, by Betty Finke

132 Moments in Time: A Royal Gift
The descendants of Nuhra carry a precious legacy, as they are the only representatives of the Wadnah strain left in the world today, by Betty Finke

134 Wit and Wisdom from Our Early Breeders: Garth and Joe Buchanan
Known for her generous advice to all who would listen, Garth and husband Joe Buchanan shared a vision for breeding beautiful Arabians, by Mary Jane Parkinson

137 Cover Story: Exxalt — A Breeder’s Vision
Ted Carson knew the moment Exxalt hit the ground that this was going to be a special animal.

148 Memories of Carle Vernet
Explore some of the great works of Carle Vernet, an Orientalist artist who immortalized the beauty and charisma of the Arabian horse, by Judith Wich-Wenning

156 Horse Properties Across the Nation
This month, we head to Oregon and Idaho for Region 4, then to Texas and Arkansas for Region 9, Minnesota for Region 10, and Michigan for Region 13, exploring beautiful horse properties across the United States, by Wendy Tinker

164 Wonderful Women of World
Read the stories behind some of the outstanding women who have made the Arabian horse part of their lives.

40 Breeders of the World

96 Egyptian Arabians in August and December

145 Mare and Foals in September

10 What in the World: Happy Summer!

161 Stud Farm Diaries: A Very Curious Case, Plus Answers to Common Foaling Questions
Through a process of elimination, one mare’s unusual bleeding is diagnosed, by Cindy Reich