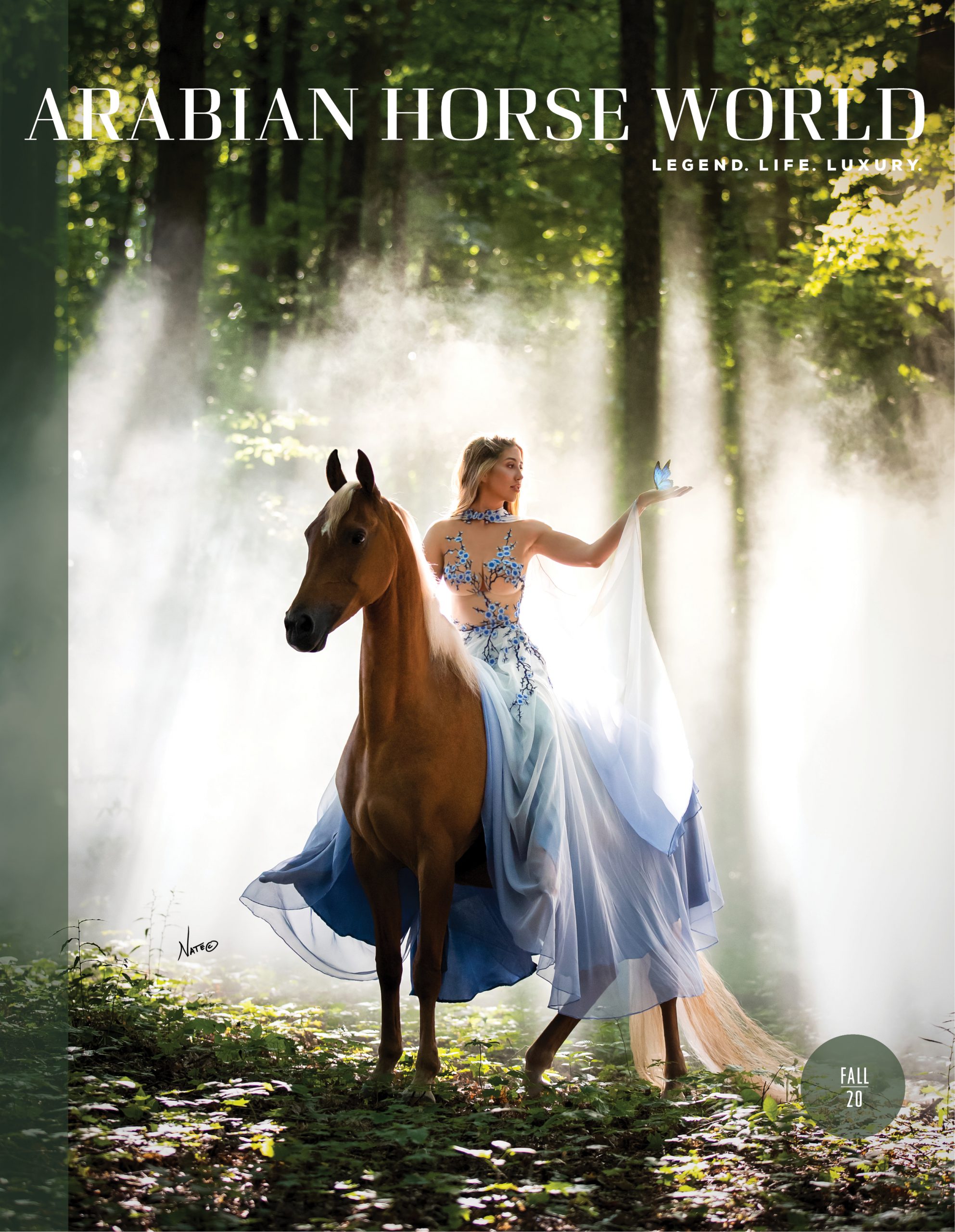 38
Sire Line: El Deree –
While his sire line is not a large one, his blood is essential to straight Egyptian breeding. And thereby hangs a tale, by Betty Finke

81
You Be The Judge –
Test yourself and your eye on what to look for when judging specific qualities in mares, by Cindy Reich

84
Moments In Time: Buried Treasures
He was one of a kind…if he had been foaled at Tersk instead of a backyard in Germany, he could have become a chief sire, by Betty Finke

90
Guest Editorial: Back to the Future –
A surprising voice from the past envisions a new era of showing that is fun for everyone, by Ray LaCroix

95
A Tribute to Linda Mehney of Grand Arabians
Loving words from her friends and family, by Suzanne Sturgill

105
MarketWatch –
A new feature reporting on interesting sales and transactions in our breed, by Jeff Sloan

110
A Magnolia Journey –
Photographer Scott Trees trains his lens on the free-roaming horses and nomadic people of Mongolia – tough survivors in a harsh land.

128
Twisted Tales: Welcoming Newcomers into the Fold –
Sharing the joys of the Arabian horse with those who don’t have one…yet, by Darice Whyte

134
The AHA of Arizona and AHW

10
What in the World: Moving to the Country, by Jeff Sloan

122
Stud Farm Diaries: No Foot No Horse – Best Practices for punctures of the sole. by Cindy Reich