276 Salon Du Cheval d’El Jadida
The colors of vibrant Morocco, the vast desert, the spectacular Tbourida featuring teams of hard-charging Barbs, provided an evocative backdrop to the two Arabian shows — one for Moroccan-breds and an International “A” show, by Caroline Reid 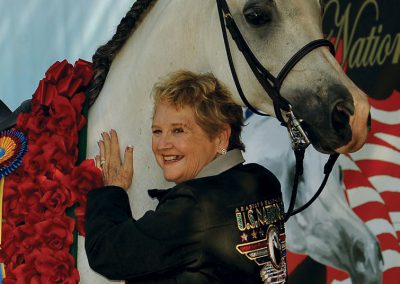 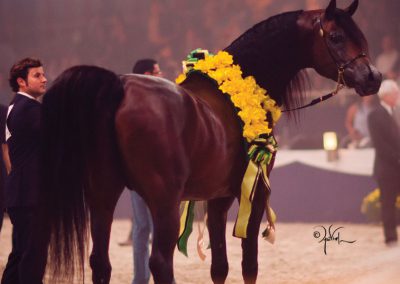 244 34th All Nations Cup Festival
The metamorphosis from show to festival began in 2015, but one thing has not changed: the horses, the fabulous horses, the best from Germany and around the world, by Betty Finke

266 2016 European Championships
A simpler, more conventional show; but for all that, it had its share of magic moments, by Betty Finke

72 American Endurance Ride Conference: National 50- & 100-Mile Championships
You can’t get much closer to the spirit of the Wild West than riding among the buffalo, by Genie Stewart Spears

36P Back to His Roots: Imperial Madheen
One of the most significant sires in modern straight Egyptian breeding, by Betty Finke

72P Guardians of the Treasure

46 View From the Center Ring — 2016 U.S. Nationals Performance
This year is the fiftieth anniversary of our first stand-alone National Championship … today we have a vast array of classes that couldn’t have been imagined fifty years ago, by Gary Dearth

18S Our Life with Arabian Horses

36 Guest Editorial: Getting to the Point(s)
Since the point score judging system was introduced, scores have been getting higher and higher, by Betty Finke

210 Moments in Time — A Walk in the Park
Kaisoon quickly became the most visited and most famous Arabian stallion in Germany, by Betty Finke

265 The USEF Ruling on Shanking, Part 4 – A Conversation with Michael Byatt
Our continuing series regarding recent USEF rule changes and the halter division, by Cindy Reich

8 This Month’s Web Exclusives at www.arabianhorseworld.com

10 What in The World — December
Winter settles upon us, and soft, plush coats replace the horses’ radiant, summer sheen from warmer days, by Morgan Moore

209 Stallions in January and March