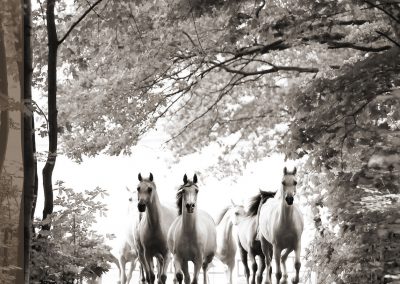 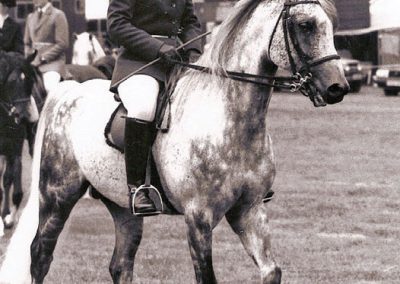 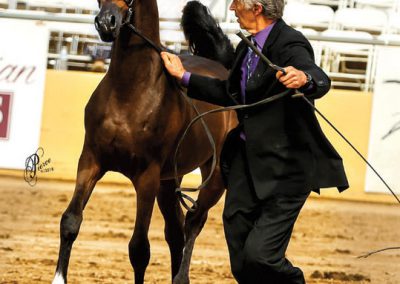 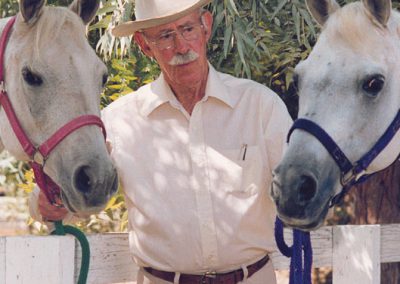 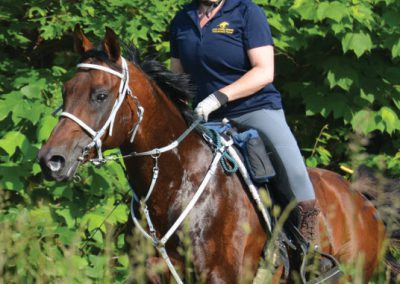 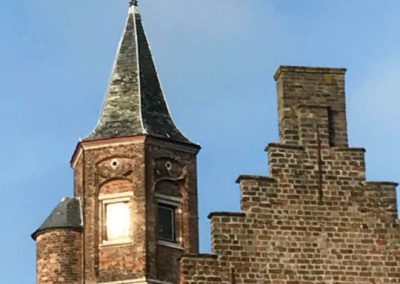 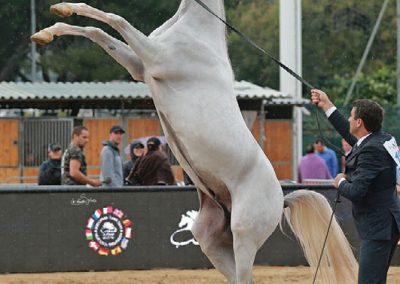 on the cover:
In the foreground, from left to right are mares Etnologia (Gazal Al Shaqab x  Etalanta by Europejczyk), Biruta (Ekstern x  Bajada by Pamir), and Ereira (Piruet x Elgina by Ekstern), and photographed in Poland by Stuart Vesty. Owned by Halsdon Stud, Devonshire, England.

24
Cover Story: A Visit with Shirley Watts
Shirley Watts of Haldson Stud speaks lovingly about the horses that touch her soul, and of the glory days of the Polish National Studs, the greatness of which may never come again, by Denise Hearst

50
For the Horse: Raising a Horse  You Can Live With
Raising a foal is a lot like raising a child, according to Larry Jerome, who breeds some 25 foals every year, by Cindy Reich

54
Moments in Time: History Unfolding
My first visit to the Polish state studs in 1993 coincided with the lease of Monogramm and the arrival of his first foals. The second time I went was in 2003, and something similarly pivotal was happening, by Betty Finke

56
Dana Arabians: Fifty Years of Passion for the Arabian Horse
by Morgan Moore

62
State of the Industry: Trevor Miller
Trevor Miller talks about how better mentorship could be the change our industry needs, by Cindy Reich

74
Twisted Tales: The Three Canyon Ride
When you ride Tevis, you have a game plan, but your game plan can and will change, so you have to be able to adapt on the fly, by Darice Whyte

76
Sire Line: Mootrub DB and Dwarka DB — Unsung Heroes
The names Mootrub and Dwarka may be unfamiliar to many breeders today. Yet these two 19th-century desertbred stallions were famous in their time, and their blood is found today in the pedigrees of both show champions and endurance winners, by Betty Finke

102
Wit and Wisdom From Our Early Breeders: Thelma and Jimmie Dean
When Thelma and Jimmie took temporary jobs at the Selby Stud in Ohio, little did they know that it would change the course of their lives … and the breed, by Mary Jane Parkinson

66
2018 Old Dominion Endurance Ride
This endurance ride in the West Virginia mountains is infamous for the challenging steep mountain climbs and descents, rocks, and more rocks, by Genie Stewart-Spears

84
2018 Mediterranean and Arab Countries Arabian Horse Show Championships
A championship in Menton means  you are leading the race for World Champion, by Jeffrey Wintersteen

90
Bruges — International B Show
Bruges is a city rich in history, beauty, and enthusiasm for the Arabian horse, by Cindy Reich

117
Farm Stories
Large or small, no one tells your story better than AHW

106
Friends of the World:  Notes From Our Long-Time Subscribers

110
Stud Farm Diaries: The Heat Is On, by Cindy Reich