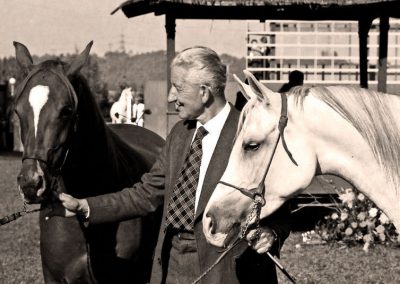 Moments in Time: The Polish Pioneers 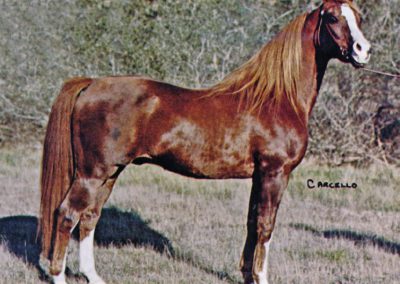 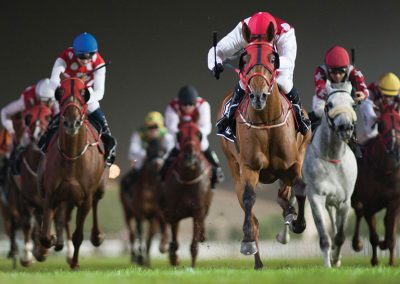 Cover Story: Expressamo
“He’s the best thing that happened to our barn, my daughter, and my grandchildren. These days, kids are so plugged into their phones and computers, it’s tough to get them outside in a healthy environment.” Meet the Scottsdale Champion that changed all that for one California family, by Gary Dearth

Scottsdale 2017 — The View from Center Ring, by Gary Dearth

Marquise Invitational Auction
Certainly an evening to remember, harkening back to the glitzy Lasma days when Hollywood stars and Arabian aficionados were one and the same.

Moments in Time: The Polish Pioneers
Let us return to a happier time, when Poland first emerged as a serious international contender, by Betty Finke

Horse Properties Across the Nation
Join us in Region 7 — Arizona, Nevada, and Utah — as we explore equestrian properties, by Wendy Tinker

Wadee Al Shaqab — The Legend Continues
Al Shaqab has achieved the near impossible, beaten the odds and produced not just one such horse, nor even two, but an entire dynasty of them, by Betty Finke

Zobeyni Sire Line Part 2 — Mahruss, Rijm, and the Unlikely Brothers
The second branch of Zobeyni’s line is just as extensive as that of Mesaoud, by Betty Finke

2017 Las Vegas Arabian Breeders World Cup Show Preview
You can’t help but feel a strong sense of togetherness as the lines between barns, trainers, and space blend together in this magical, four-day world.

Wit and Wisdom: Alexander Keene Richards
He found the current English horses to be sadly in need of a new infusion of Arabian blood. With that insight, and his study of horses, Richards determined to go on to the desert to see for himself, by Mary Jane Parkinson

From the Artists: Edward Troye

In Memory of Sundance Kid V
We say farewell to another great sire who in the last decade sired six U.S. National Western Pleasure Champions, by Gary Dearth

March Racing in Abu Dhabi — Featuring Five Stakes Races
“Mahbooba’s win has left us all enthusiastic about the rest of her career,” by Steve Andersen

Thirty-third Punta del Este Arabian Horse Show
In one of the most charming and exclusive cities in the world, Arabians gather in the new center prepared especially for this event, by Gaston Labadie

What In The World: Sold! To the Lady in Front!
When the gavel fell at $1.55 million, a wave of excitement filled the room, by Denise Hearst

Women of World in June

Egyptian Arabians in May, August, and December