A petition was circulated in the halter arena at this year’s U.S. National show seeking support for moving the halter division of the National show away from Tulsa to a more “desirable” destination. The demands also included a way to show horses “in all of their beauty and elegance” but in a comparative only system, “with all of the horses in the arena at one time to be properly compared to one another.” The final lines read: “Finally, the new show must not be sanctioned by AHA or USEF. We no longer feel that AHA and USEF has the understanding or best interest of our halter industry.”

How have we come to this point in the halter division? I believe most of the problems can be solved with one rule change.

For the last 15-plus years, a core group of halter trainers have been very vocal about their feelings that halter classes are too boring and the whole halter division is not exciting enough. This does not include all halter trainers by any means, but the core has remained consistent over the years. In order to keep their clients happy and money coming in, they have fought to have the halter classes be more “entertaining.” They believe that the shows must be at a destination location that is fun and desirable for clients to stay and to party. The classes must be exciting and entertaining for their clients. They would like to have all the horses in the arena at the same time, so the clients can compare their horses against the competition.

The belief that there must not be rules that interfere with the trainer’s ability to “present” the horse in an “exciting manner and environment,” led to the halter classes becoming “entertainment” classes instead of classes for the evaluation of breeding stock, which was the original intention of the class.

What many people fail to recognize is that the horse was always to be judged against the breed standard not against each other. Under the comparative system the horses are no longer being judged against the standard. This is why a horse can accrue the highest points of the show in a preliminary class (judged against a standard) yet not win the championship (judged comparatively). When the horses are only being compared to each other, the class reflects the personal preference, and occasionally the bias, of the judges. Furthermore, the emphasis on the hard stance has often resulted in that being the determining factor in a championship — the quality of the “show” and not the horse’s actual type and conformation. Horses are being selected on a “performance” instead of their quality as a breeding animal.

Allan Preston of Australia observed that the decline in halter showing is in direct proportion to the difficulty of achieving success at the hard stance. The ability to attain the hard stance in the showring has become so specialized that only a handful of trainers can consistently win at the highest levels. As a result, all of the owners, breeders, amateurs, and trainers who cannot achieve the highest level of “performance” of the hard stance have dropped out. The result: fewer horses being shown in halter.

Many judges are not judging the “real” horse; they are judging the best “show.” In a class, there is ample time when the horse is walking the circle and walking to the judges when it should be being judged on balance, quality, type, neck and shoulder, topline, hip, and movement at the walk. (Yes, the horse should be judged for movement at the walk as well as trot). When the horse comes to the center of the ring, the judge should only be looking at feet and legs, size of eye, details of the face and ears and that’s it. However, these days, when the real horse comes into the center and is put into the hard stance, it becomes the “magical” horse. And when judges are judging the magical horse — the horse whose score for topline was 17 on the walk, now suddenly has a 19 topline. The 17.5 neck is now a 19.5 neck, and so on. But it is the real horse that is going to be producing offspring.

I believe that 90 percent of the problems faced within the halter division can be eliminated if we get rid of the hard stance. Last year’s USEF ruling was issued in response to a protest lodged at the 2015 U.S. Nationals. In the ruling the USEF stated that “shanking [unprovoked aggressive force] … must be recognized as intimidating behavior that is disallowed under AR115,” and that it could also be considered abuse or inhumane treatment under rule GR839 except under the circumstance of a horse being out of control to the point that it is a danger to itself or others. Most of the “intimidating behavior” comes when the horse is put into the hard stance. One cannot place all the blame on the trainers. The trainers will train a horse to the degree that it is rewarded. And judges are rewarding these performances.

In the nine years since the scorecard came into play with the ability to penalize, there has not been sufficient courage in the judging corps to stop unwanted behavior with the penalty box. But to be fair, just as all the trainers are not to blame for the problem, neither should the judge’s main goal in the ring be enforcement of the handlers’ behavior. Both trainers and judges share responsibility for how we have reached this point. Thus, if the behavior of trainers and judges cannot be changed, we need to remove the catalyst for the majority of the issues — the hard stance.

If we eliminated the hard stance, I predict the following would happen:

Horses would have to be brought into the center of the ring on a loose lead (but with control) and stand naturally with no rigid stance. They could move about in a small area and allowed to blow and spark if they are naturally happy and animated. The time in center arena would be solely for judges to do detail close-up judging of face, feet and legs.

Because there would no longer be a hard stance, the playing field would be more level for all handlers. It would not hinge on the ability of a very few to accomplish a very difficult maneuver.

Abuse and the perception of abuse would decrease dramatically. Horses would not have to be intimidated or threatened to maintain the hard stance and unnatural pose. Without the hard stance, there would be no shanking, no threatening of the whip to maintain position or to cue for unnatural stance. More people would be encouraged to show their horses at halter, knowing that the advantage would be gained in the horse’s natural enthusiasm and vitality, not an artificially-induced pose. The horses in the ring would be happier and present a much better picture to the rest of the industry and public. As for “excitement,” is there anything more thrilling than an exuberant, charismatic Arabian showing himself off?

Judges would have to judge the “real” horse, as the magical horse would disappear. Therefore, the scores would more honestly reflect the horse standing in front of the judges as well as the horse that entered and left the ring. Horses would win on their own merit, not on the ability to become more magical than another horse.

It remains to be seen if the Arabian industry wants to take back control of the halter division and make it more inclusive to all — breeders, owners, and trainers — as well as make it happier and healthier for horses. Or whether the need for more of a party atmosphere and more excitement for clients is the priority. We are at a crossroads. If no action is taken, the halter division is going to be fractured — perhaps beyond repair. 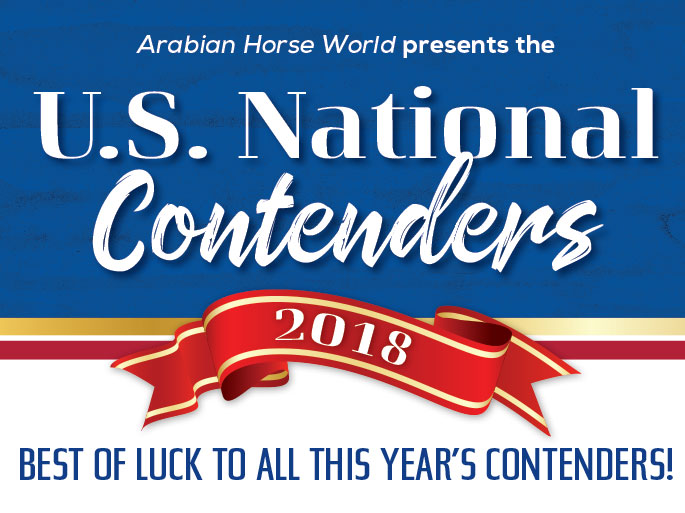 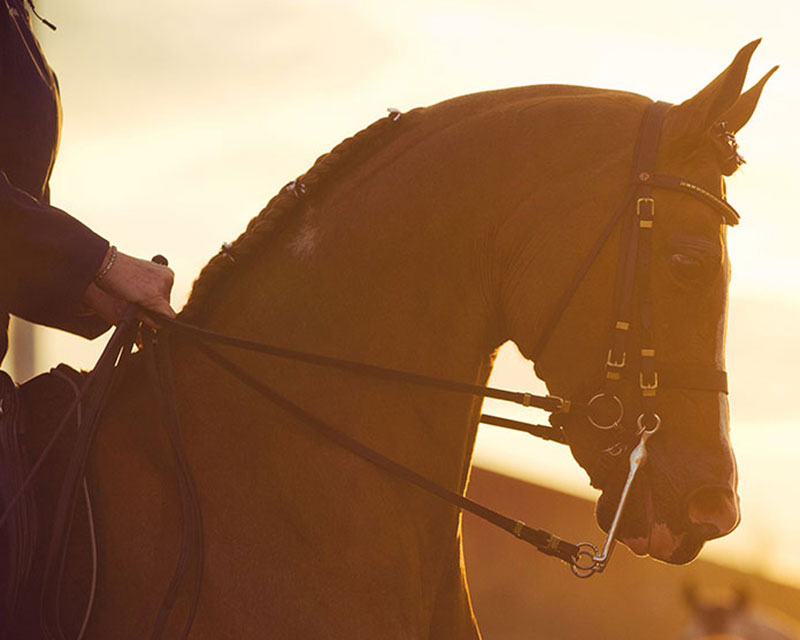 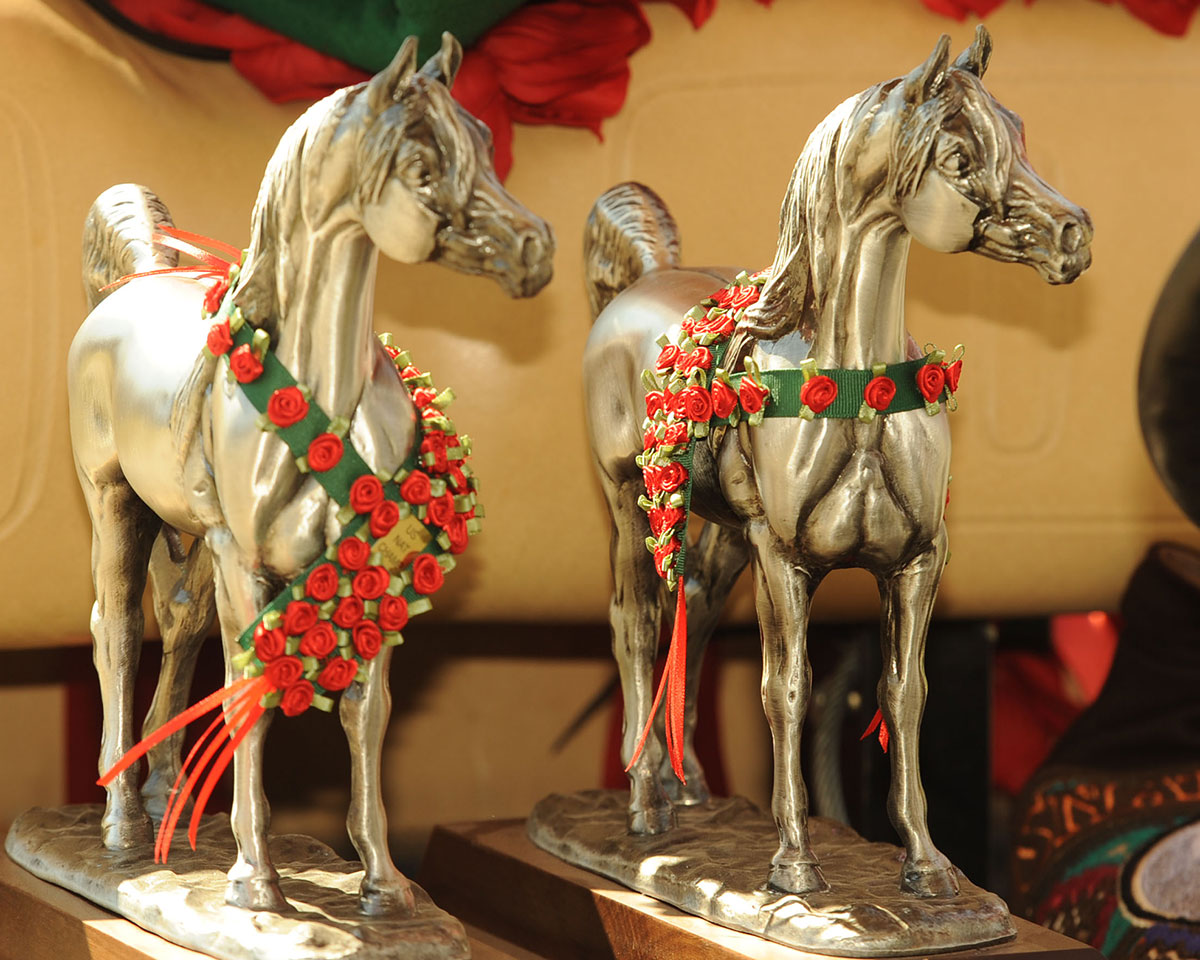 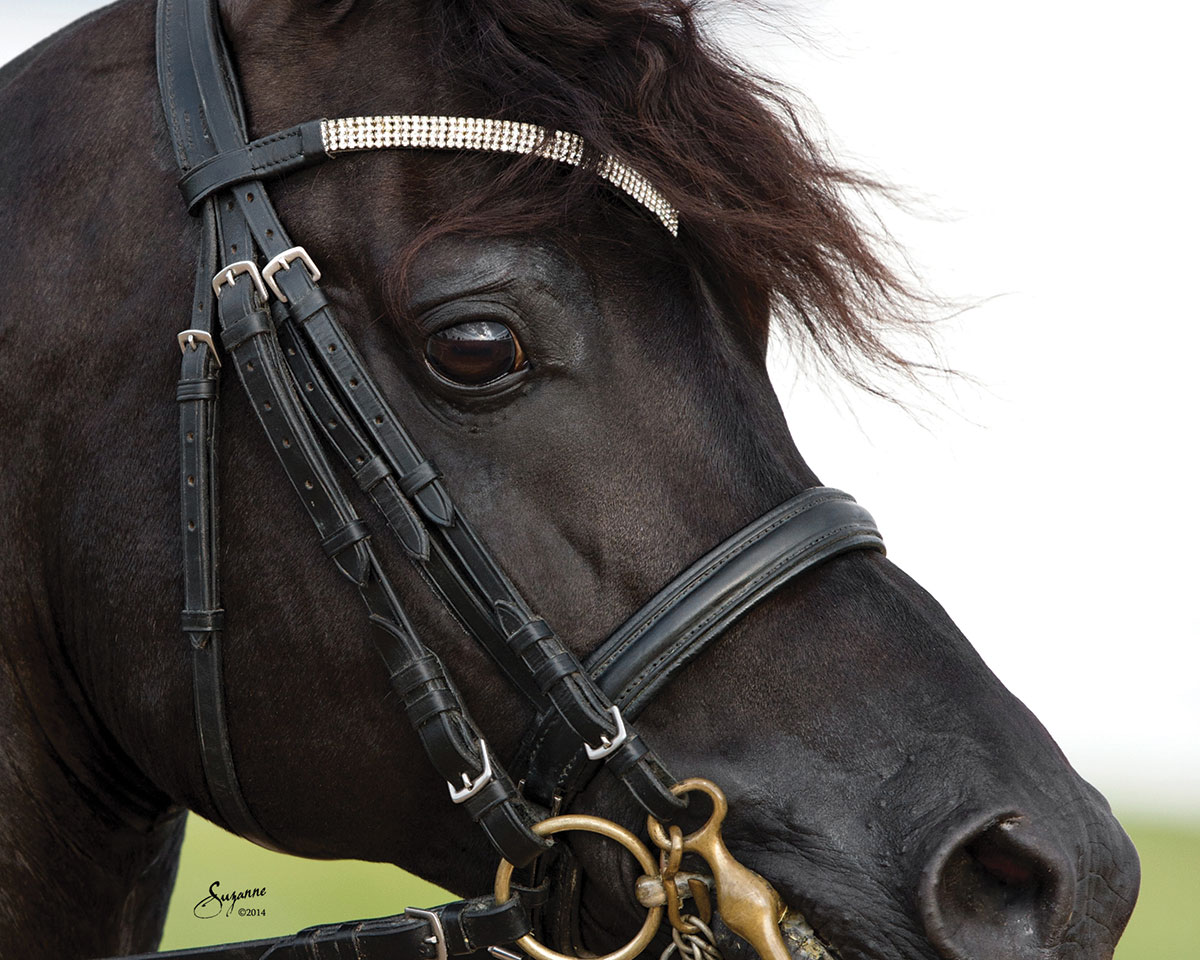