*Khadraj NA (*Ponomarev x Khatreena NA), bred by Nagib Audi of Brazil, passed away at the age of 28 in October at Jerland Arabians, where he had lived for the last 12 years of his life.\

*Khadraj NA was proving himself to be the “complete” horse. In all ways — as a halter horse, as a performance horse, and as a sire. Therefore it was no surprise when breeder Larry Jerome bought *Khadraj NA into his Jerland breeding program. Larry believes that his animals, whether they be Holstein cows, German Shepherd dogs, or canaries, be as functional as they were beautiful. *Khadraj NA was fulfilled all of those requirements, but it was as a sire that he became legendary. His offspring have won in western, reining, hunter over fences, hunter under saddle, halter, dressage and sport horse classes.

At this year’s U.S. National Championship show, a beautiful tribute video was shown, honoring *Khadraj NA. Then, in fairytale fashion, the first horse called into the ring was Kola J (Khaja J x Jer-Koko), a grandson of *Khadraj NA who was pinned National Champion, ridden by Stanley White lll. *Khadraj NA is the all-time leading sire of western pleasure horses, and his legacy is continuing into the second generation. 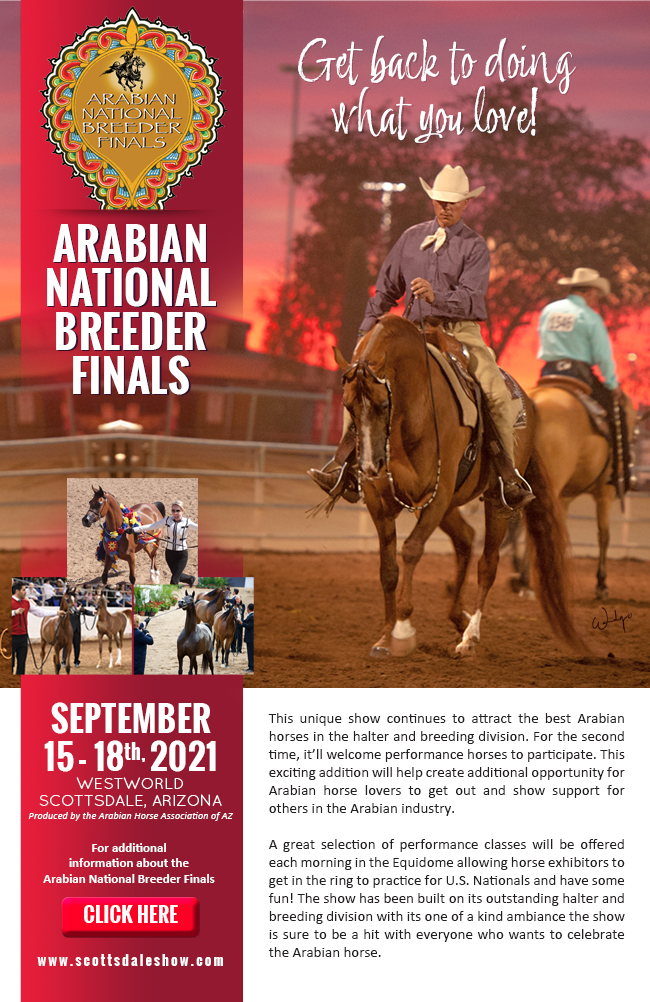