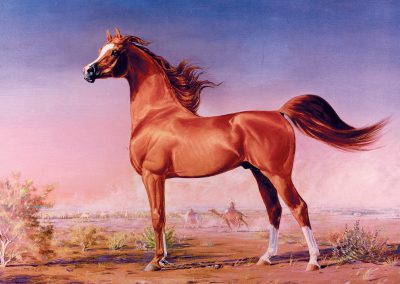 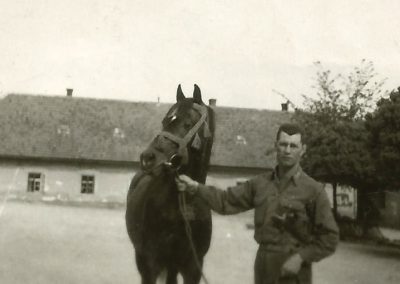 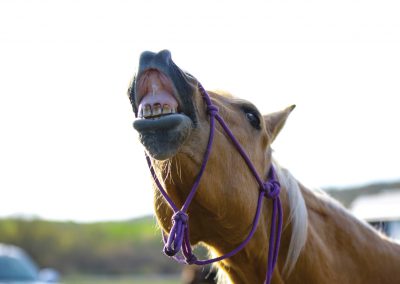 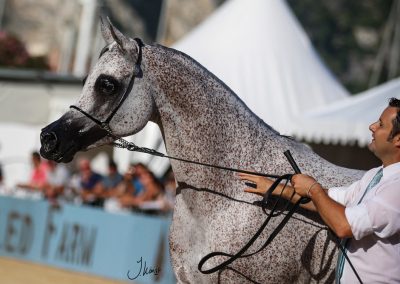 26 2017 Egyptian Event
This year’s Event in Lexington, Kentucky, was blessed by perfect weather and some truly satisfying moments both in and out of the showring, by Denise Hearst

50 2017 Egyptian Event Results
Complete results can be found on www.arabianhorseworld.com

52 2017 Egyptian Event Leading Sires
Rankings of purebred sires whose get excelled at this year’s event, research by Douglas Tatelman

72 Sire Line: Saklawi I Part 2, A Gift to the World
More than 50 years ago, El Zahraa stud director Dr. Marsafi gave the colt Ibn Halima as a gift to his American guests, the Forbises, and no one could have imagined how tremendous a gift this was, by Betty Finke

84 Heritage Breeder: Abbas Pasha I
An influential breeder of old, Abbas Pasha has not lost his influence on Egyptian Arabian breeders to this day, by Mary Jane Parkinson

90 Twisted Tales: How Not to Electrolyte Your Horse
“If you can’t be a good example, then be a horrible warning,” by Darice Whyte

92 Moments in Time: The Russian Year
All senior champions and reserves from the 1980 All Nations Cup were straight Russian, by Betty Finke

94 Wit and Wisdom from Our Early Breeders: The Ed Tweed Family
Ed Tweed’s simple dream to “own a farm and raise fine livestock” eventually led to the start of the Scottsdale Show, by Mary Jane Parkinson

154 The Perfect Horse — A Conversation with Author Elizabeth Letts
The story of the daring rescue of priceless stallions kidnapped during World War II, by Gary Dearth

160 Horse Properties Across the Nation
This month, we travel north, to two beautiful horse properties in eastern Canada. Join us in taking a look at what Region 18 has to offer, by Wendy Tinker

97 Cover story: Wadee Al Shaqab ­— A Victory by the Sea
“Here, on a white sand beach in Menton, Wadee’s dramatic entrance, with his extravagant mane flying, was thrilling, by Denise Hearst

124 2017 Mediterranean Arabian Championships
One of the most glamorous shows on the international circuit and the best and most beautiful horses from around the globe, by Caroline Reid

132 International Days for the Arabian Horse — Ströhen 2017
In a time when Arabian horse shows in Germany are fighting for survival, if not being canceled altogether for lack of entries, Ströhen is unique, by Betty Finke

142 Old Dominion Endurance Ride
The “Beast of the East” Old Dominion trail traverses the Great North Mountain range in Virginia, crossing over into West Virginia and back again, by Genie Stewart-Spears

10 What in the World — Conformation Clinic at Om El Arab
Clinic guests were captivated as they were schooled by Cindy Reich on topics related to conformation, by Cindy Reich

166 Stud Farm Diaries — Less is More: Methods of Restraint
Restraining a horse can take a variety of forms, depending on the size of the horse, the amount of handling it has had, and what it is you are wanting to accomplish, by Cindy Reich